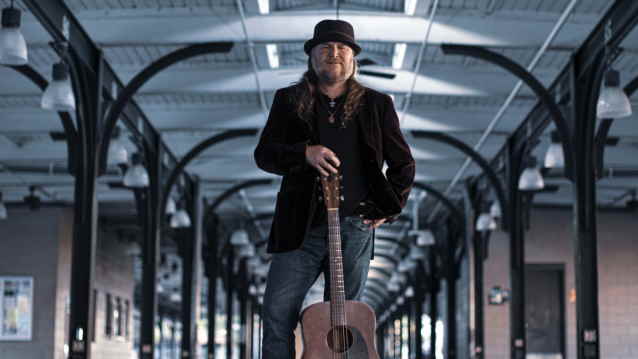 Dave Jordan recently released his new album, "Keep Going", and to celebrate we asked him to tell us about one of the tracks and he selected "Gone Again". Here is the story:

"Gone Again", the opening track off Keep Going, uses a storm as an analogy for mental health. In New Orleans, we deal with hurricanes and torrential rains and violent storms all the time. It's a way of life here. And one day, long before we decided to make this album, I was sitting on Anders' porch and the clouds were low and moving swiftly, very reminiscent of what it's like as a hurricane is approaching. That's where the line, "Sometimes it feels just like a hurricane, when it ain't nothing but some wind and rain" came from.

Fast forward a couple years and I was working out a verse idea of a traveling song. Florida, Nashville, Key West, Highway 1. Mentioning locations in songs is always a good idea because it immediately connects the listener to their personal experiences were in those towns. It's subconscious. I recalled the hurricane line that I had and tied it all into the character in the song fleeing from the storm, and although it's presented as physical, it's really about an emotional/psychological storm. In this case the message is, no matter how bad the storm seems, it will pass. It may come on strong and fast, but it will pass. So keep going, which is also why I picked that for the title of the album.