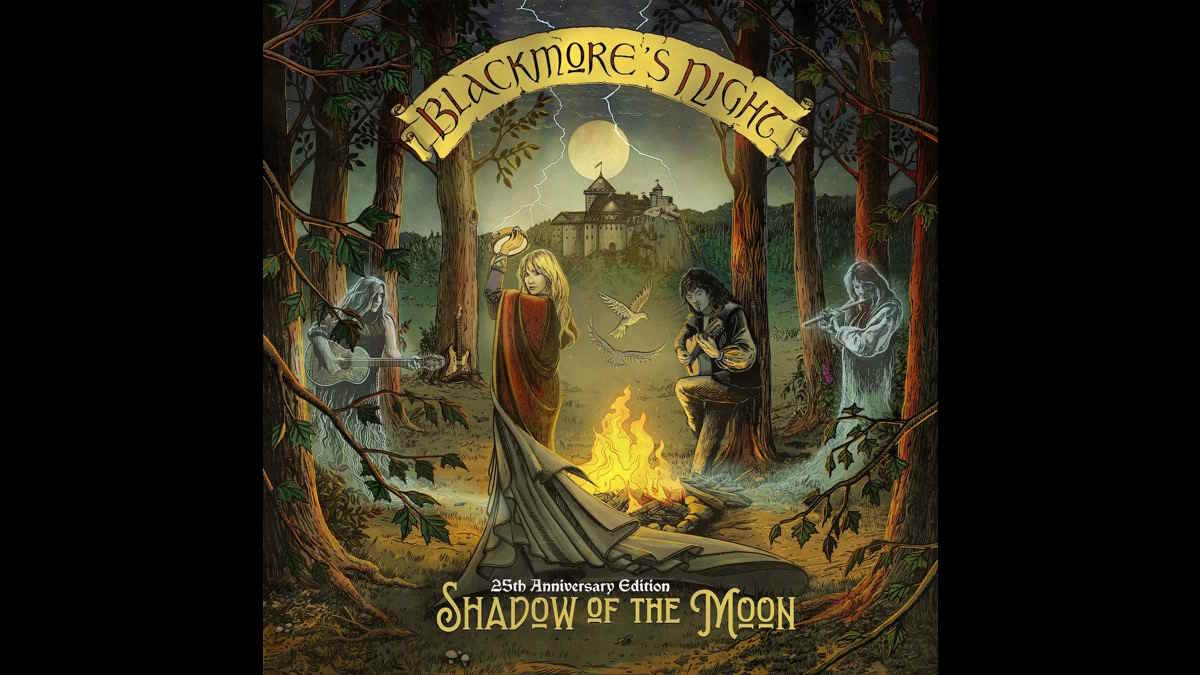 (Atom Splitter) Blackmore's Night have released a brand new mix of their timeless interpretation of the classic "Greensleeves", which will appear on the 25th anniversary re-mixed edition of debut album "Shadow Of The Moon" (out March 10th via Earmusic.)

Hardly any musical piece in history has received as much attention from a wide variety of artists as the song "Greensleeves," which originally comes from the 16th century.

Without a doubt, the interpretation by Ritchie Blackmore and Candice Night is one of the most beautiful and well-known versions.

The band's debut album was converted in HD audio from the original recording and has been fully remixed, allowing the performance to shine in its original glory. The album's iconic artwork has been refreshed and reworked in the course of the anniversary.

What already excited fans in 1997 is now fascinating again with the 25th Anniversary Album Edition.