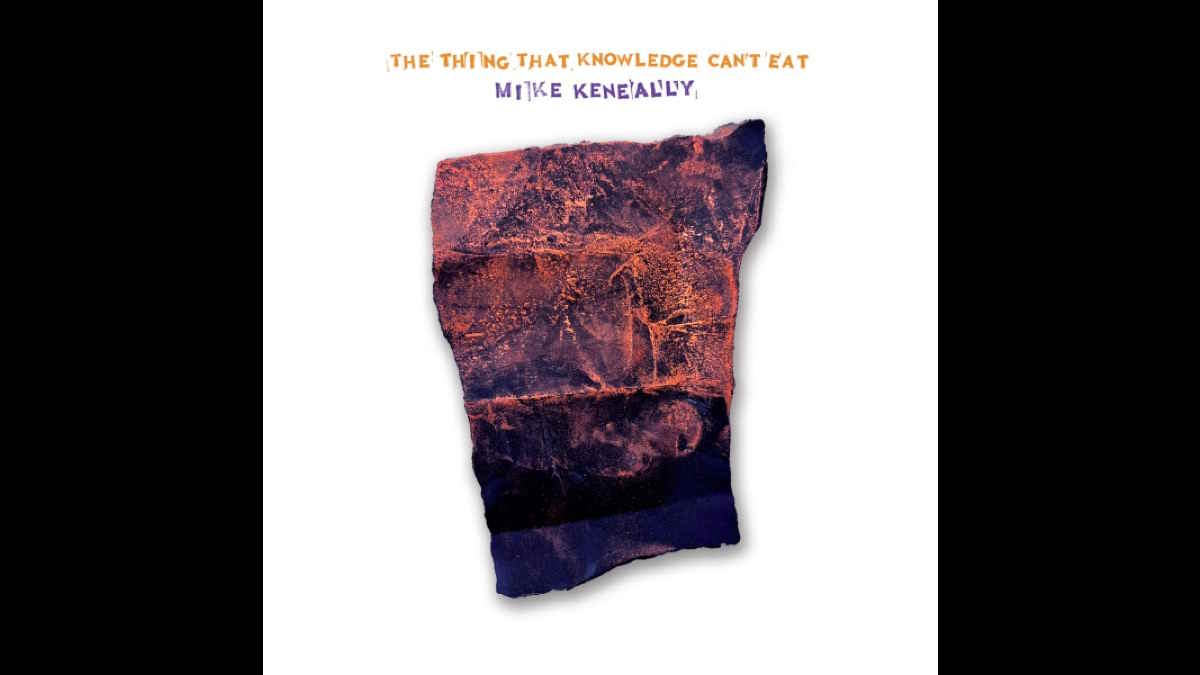 Frank Zappa alumni Mike Keneally has released a music video for his song "Celery", which features Steve Vai and comes from his new solo album "The Thing That Knowledge Can't Eat" on Feb. 24, 2023.

Aside from Vai, the release features guest appearances by Eric Slick, Nick D'Virgilio and others. Mike had this to say, "This is my first new solo album in seven years - the last one was 'Scambot 2' in 2016, so this one has really been a long time coming.

"About half of the material on the new album was in the works prior to the pandemic, but the other half was created at home in lockdown in 2020 and 2021, and all the finishing touches were placed on the songs during 2022, so it's been in the works for a while.

"I've never done so much work on an album on my own, so the learning curve was steep, but I did have help from friends all along the way, including farming out tracks to drummers who were also locked down at home.

"I wrote all the songs, and the lyrics of the later songs definitely reflect the strange times during which the album was finalized. A lot of my past albums have been lengthy, extended works, but this one is a tight 42 minutes, nine songs - I think it goes down pretty smooth but it travels to a lot of different places along the way. I'm extremely happy with it, and very grateful to finally be able to share it with everyone."

Glass Onyon shared this background on Mike: Long acclaimed as one of the world's most creative and intense guitar and keyboard players, Mike Keneally's talents as a vocalist, songwriter, arranger, producer and multi-instrumentalist are nearly unequalled in rock music. Keneally has released over 30 albums of his original music since 1992 (including special editions and limited releases), and has built a body of work of remarkable inventiveness and originality. The stylistic variety present in his work indicates Keneally's abiding love of good music above all, regardless of genre distinctions.

Keneally played in Frank Zappa's final touring band in 1988, performing as a vocalist, guitarist and keyboardist. He's appeared on many of Zappa's albums, and has been a touring and recording member in the bands of Joe Satriani, Steve Vai and Devin Townsend, as well as a member of the Adult Swim metal band Dethklok. He has also recorded or performed with Robert Fripp, Wayne Kramer, Kevin Gilbert, Solomon Burke, Steve Vai, Chickenfoot, Bear McCreary, Henry Kaiser, Michael Manring, Screamin' Jay Hawkins, Andy Prieboy, Mullmuzzler, The Persuasions and many others.

Known for his innovative, unpredictable live shows with his own band Mike Keneally & Beer For Dolphins, Keneally has played extensively in the United States and Europe, in contexts ranging from solo and duo concerts, to performances with large-scale orchestras. His 52-minute orchestra-with-guitar suite "The Universe Will Provide" received its world premiere in 2003, featuring Keneally as guitar soloist fronting Holland's Metropole Orkest. The US premiere of "Universe" occurred at the Walt Disney Concert Hall in Los Angeles in 2011. 2012's album release was "Wing Beat Fantastic: Songs Written by Mike Keneally & Andy Partridge," a collection of material written with ex-XTC leader Andy Partridge; the album was widely acclaimed, and ranked highly on numerous critics' "Best of 2012" lists. 2016 saw the release of his grand conceptual work "Scambot 2," and was the last new Keneally solo album until now, with the upcoming February 2023 release of the brand new "The Thing That Knowledge Can't Eat."

As of late, Keneally has been performing live with other ex-Zappa alumni as part of The Zappa Band, the only official Zappa Trust-sanctioned band playing the music of Frank Zappa live. He has also been playing with the group ProgJect, performing many of the classic '70s progressive-rock songs that Keneally grew up loving. He is also a member of a new band called The Bird Brain, who released an acclaimed 3-song EP late in 2022, with more new music coming this year. With the release of his new solo album in 2023, Mike will be doing a series of Mike Keneally & Beer For Dolphins shows this year featuring a retrospective selection of material chosen from all the primary solo albums across his over-30 year career.