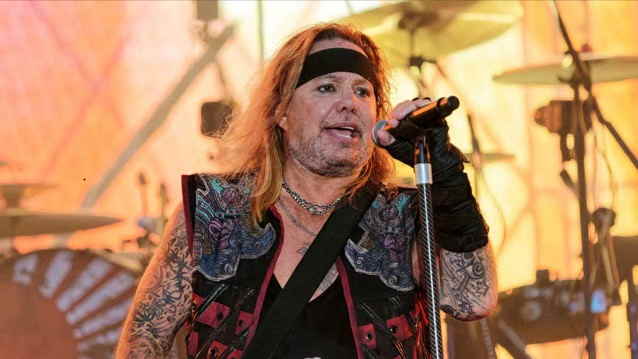 (hennemusic) Motley Crue and Def Leppard have added a stop in Buenos Aires to their upcoming World Tour. The series - which kicks off with two US arena dates next month that will serve as the debut of the Crue's new touring guitarist, John 5 - will now include a March 9 event at Parque Sarmiento in Buenos Aires, Argentina.

While Def Leppard are touring in support of their 2022 album, "Diamond Star Halos", Motley Crue will release a limited edition box set, "Crucial Crue: The Studio Albums 1981-1989", on February 17; the collection features the band's first five studio albums pressed on colored vinyl - including 1981's "Too Fast For Love", 1983's "Shout At The Devil", 1985's "Theatre Of Pain", 1987's "Girls, Girls, Girls", and 1989's "Dr. Feelgood" - housed in a solid black slipcase with foil imprint and only available in this box set.

The Crucial Crue box set will also be released on CD with only 10,000 units of each configuration available globally. Get ticket details for Buenos Aires here.