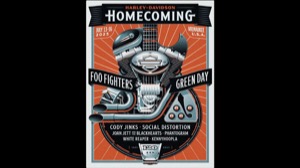 The Foo Fighters and Green Day have been announced as the headliners for the Harley-Davidson Homecoming Festival, which will take place on July 13th through 16th at various locations in Milwaukee.

Both headline performances celebrating the legendary motorcycle manufacture's 120th anniversary will be taking place at Veterans Park, with Green Day performing July 14th and the Foo Fighters playing the next night.

The July 14th show will also feature performances from Social Distortion, Phantogram and Kennyhoopla. The July 15th concert will include sets from Cody Jinks, Joan Jett & The Blackhearts and White Reaper. (continue) 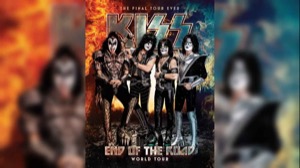 KISS frontman Paul Stanley does not rule out the possibility of the band playing any one-off shows following the final concert of their current farewell tour.

Paul was asked if the final concert of their End Of The Road Tour will really be the band's last show during an interview with Yahoo! Entertainment and he responded, "I really can't say. But it is the last of any kind of regular shows or touring.

"It's just time. And in the same way, it's time consuming. And physically, it's grueling to do what we do. Hell, if I could go out on stage in my jeans and a t-shirt, give us another 10, 15 years easily. (continue) 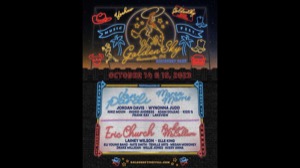 After an incredible inaugural year that welcomed 50,000 fans, GoldenSky Country Music Festival is headed back to Sacramento in 2023 with a massive lineup led by Eric Church, Sacramento's own Jon Pardi, Maren Morris and Parker McCollum. 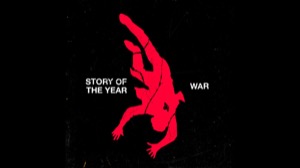 Story Of The Year have premiered a music video for their brand new single "War", which comes from their forthcoming album, "Tear Me To Pieces" (out March 10th).

The band will be celebrating the album's release with a hometown release show, taking place on March 11 at The Pageant in St. Louis, MO. Tickets are on sale Friday, January 20 at 10am CT.

Guitarist Ryan Phillips had the following to say about the new single, "'War' is about a person hellbent on getting revenge and ultimately finding no peace in the process. (continue) 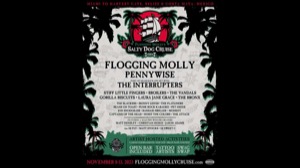 Flogging Molly and Sixthman, creators of unforgettable festivals on sand and at sea for more than two decades, have announced the lineup for Flogging Molly's Salty Dog Cruise. The seventh voyage of Flogging Molly's Salty Dog Cruise, which sails November 8 - 13, 2023 from Miami, FL to Harvest Caye, Belize and Costa Maya, Mexico (new ports for this event) aboard Norwegian Pearl, has fewer than 130 remaining available to book. For complete details, please visit www.floggingmollycruise.com. The full lineup is listed below.

Due to popular demand, Sixthman has extended its holiday promotion. Guests can secure a cabin on one of Sixthman's Fall 2023 events - including Flogging Molly's Salty Dog Cruise through March 8th, 2023 - with just a $100 per person down payment, regardless of cabin type, exclusively through online booking. This offer only applies to the ARB payment method and cannot be used for Sixthman's monthly payment plan. In addition, qualified guests can reserve cabins across Sixthman's sailings with financing through the leading Buy Now, Pay Later solution, Uplift. To apply for this deal, guests must contact Sixthman Guest Services at 1-877-SIXTHMAN. (continue) 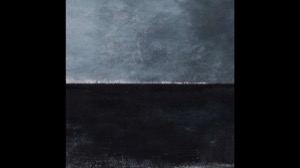 Alberta Cross have released a music video for their new single "Glow In The Dark" from their forthcoming album Sinking Ships. The 10 song collection will be released on March 31 .

The video was directed by Luis Velasco (who also shot and directed the video for "Mercy" from the new album), and shot on super8 and MiniDV cameras in Barcelona and Montseny Natural Park. It features the art-fashion photographer and model Nereis Ferrer, along with Swedish-born Alberta Cross lead singer and guitarist Petter Ericson Stakee.

Luis comments: "The video makes an approach to the seeking-process of artists to discover a new departure point for the creative process. A journey of tricky games with your own mind and the outside world." (continue) 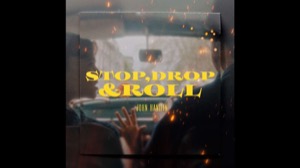 John Hanifin just premiered a music video for "Stop, Drop & Roll", the first single from his forthcoming album, "Clean House" (out April 21st), and to celebrate we asked John to tell us about the song. Here is the story:

Since I could not find a way to progress with this guitar motif, I have been haunted by it for years. My mind was reminded of a quote I once heard which stated "you never write what you know" so I began by producing the track as if it were for someone else. I was able to take a step back once I created the hiccup syncopation with the 808 & kick simply dancing around each other in sync, and suddenly there it was - "the hook".

The cello has many theories that explain why people love it so much, and my favorite is the simplest one of all - it's the closest instrument to the human voice. To better serve this all too familiar human plight, I could not pass up the opportunity to stack 'em' in the bridge and let them cry in the final chorus. (continue) 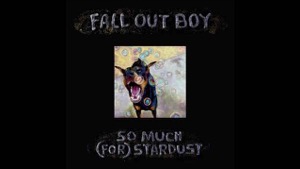 Fall Out Boy have released a music video for their brand new song "Love From The Other Side" to announce the arrival of their new studio album, "So Much (For) Stardust", on March 24th.

The band will be celebrating the news by appearing on Jimmy Kimmel Live! tonight (January 18th) to perform the broadcast debut of "Love From The Other Side." The show airs on ABC at 11:35/10:35c.

Patrick Stump had this to say about the new record, "Technology has made it really easy to make records much more quickly these days. There's nothing wrong with that, and that spontaneity can be exciting.

"But we wanted to get back to the way we used to work. We wanted to make a record that was really lovingly crafted and deliberate and patiently guided - like someone cooked you a delicate meal. I'm not a very proud guy, but I'm pretty proud of this record." (continue) 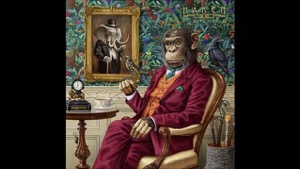 Prog rockers Haken have released a music video for their new song "Taurus". The track is the third single revealed from their forthcoming album, "Fauna", which will arrive on March 3rd.

Ross Jennings shared, "With such a diverse and eclectic array of material on 'Fauna', it was important for us to include a piece of music that represented the metallic edge of our sound which was exploited predominantly on 'Vector' & 'Virus', with our focus being on hard hitting riffs in odd time signatures.

"The song's lyrics were written roughly at the same time we all started hearing about the devastation and crisis happening in Ukraine. I was already writing the piece based on the annual migration of the wildebeests with strong references to people travelling in herds and strength in numbers. (continue) 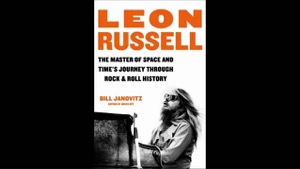 Hachette Books has announced the March 14 publication of Leon Russell: The Master Of Space And Time's Journey Through Rock & Roll History, a comprehensive new biography of the legendary musician, composer, and performer by acclaimed author and founding member of Buffalo Tom, Bill Janovitz.

Told with the support of Russell's estate, Leon Russell: The Master Of Space And Time's Journey Through Rock & Roll History stands tall as the definitive, never-before-told chronicle of one of the most important music makers of the 20th century, a genre-defying, multi-talented artist whose wildly diverse body of work has affirmed him as a one-of-a-kind Rock and Roll Hall of Famer and truly mythical figure in American music. (continue) 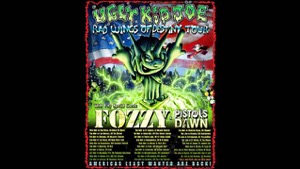 Atlanta-based rock group Pistols At Dawn will hit the road in late spring supporting the California hard rock group Ugly Kid Joe alongside heavy metal group Fozzy (select dates only) across the U.S on the "Rad Wings Of Destiny" tour.

It kicks off May 3 in San Diego, with the band then heading to the East Coast before looping back to end on June 10 in San Antonio, TX. Tickets will go on sale this Friday, January 20 at 10:00 AM local time at https://www.pistolsatdawnband.com/tour.

Pistols At Dawn will also be seen on the road in early March supporting Alter Bridge and Mammoth WVH from March 10-31. Full dates can be found listed here. 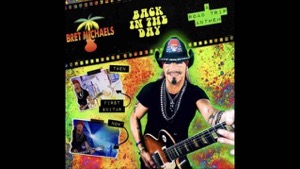 Bret Michaels Goes 'Back In The Day' With New Video

Poison frontman Bret Michaels has premiered a music video for his brand new solo single, "Back In The Day", which he calls a road trip anthem and a throwback to the early MTV era.

Bret shared, "'Back In The Day' is truly a modern day throwback to a feel-good road trip anthem. The video reflects the feel of early MTV videos with green screen, pop-up captions and never-before-seen photos and original Hi-8 images of my youth.

"It is a song that truly reflects on great times and pays homage to the radio stations and DJs that cranked up the music while bringing us great songs that have withstood the test of time, songs that all my friends and I would sing along to then and now. (continue) 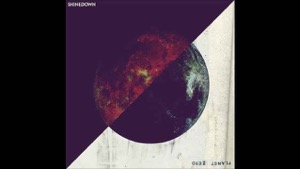 Shinedown have premiered a new music video for their new single "Dead Don't Die", which is a track from the group's latest album, "Planet Zero".

Guitarist Zach Myers had this to say about the song, "'Dead Don't Die' is the first song I think any of us had ever brought in completed that really didn't go through some sort of major change. (Truly one of the greatest feelings I've had in this band.)

"I'm never a fan of talking about what songs mean because I feel like you put them in a box...but the song is about Brent, and the people like him...the strong-willed, refuse to give up, bend but never break human spirit.

"I've seen this man be at the bottom before, and pick himself up, and never stop trying to be better. I hope everyone feels something when they listen to it. I hope it makes you feel like you can run through a brick wall."

Watch the cinematic video, that filmed in London and directed by Lewis Cater, here. 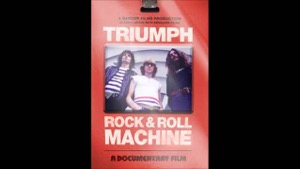 AXS TV have announced the broadcast premiere of the rock doc Triumph: Rock & Roll Machine will be happening on Wednesday, January 25 at 9 p.m. ET/6 p.m. PT and the have shared a preview trailer.

The network sent us the following details: The film tells the true heavy metal underdog story of Canadian outfit Triumph, whose signature sound and revolutionary stage show rocked fans around the world and skyrocketed the band to superstardom on the strength of chart-topping guitar anthems such as "Fight The Good Fight," "Hold On," "Magic Power," and "Lay It On The Line." Rock & Roll Machine shines a deserving light on band members Rik Emmett, Mike Levine, and Gil Moore, exploring the impact and influence they had on the hard rock scene throughout the '70s and '80s, and capturing their long-awaited reunion. 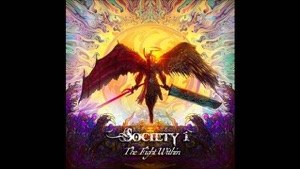 Society 1 Premiere 'The Fight Within' Video

Society 1's brand new single, "The Fight Within" is now available on all streaming platforms accompanied by a music video.

The song was mixed by Chris Collier (Korn, Whitesnake) and features the drumming of Dagon Destroyer. The music video is directed by Lord Zane and produced by Dagon Destroyer.

"I've been through a lot with the passing of my friend and former bassist DV Karloff. When I began writing new music for this album this is just what I was dealing with. The fight within to keep moving forward. " said Zane. Watch the video here.