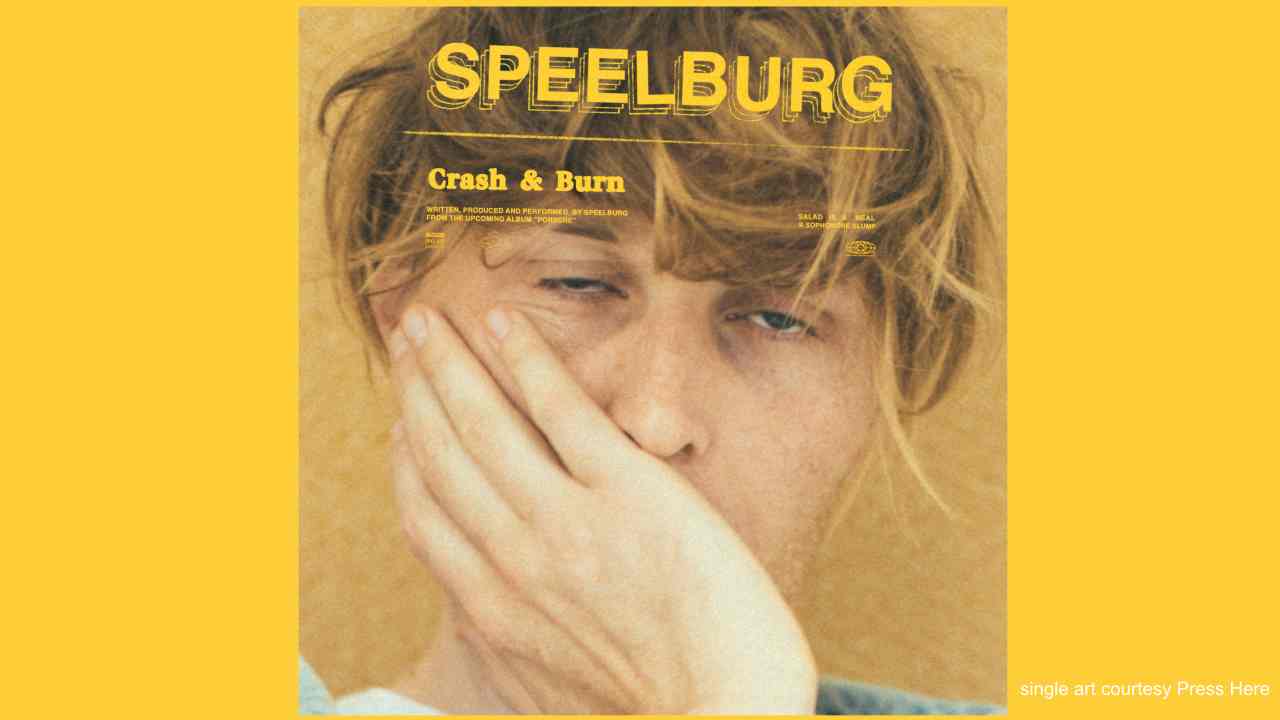 Speelburg just released his single and self-directed video "Crash & Burn" and to celebrate we asked him to tell us about the track, which will be featured on his full length debut "Porsche" (due out on October 2nd). Here is the story:

Hey AntiMusic! Thanks for having me. Big fan! So, "Crash & Burn" just came out. That's nuts that we're already 3 singles deep into this album campaign.

I feel like I put so much work into making this album these past few years and now to watch it all come out is pretty special. That said, I've been directing videos back to back and picking up extra directing jobs for other artists too which is rad, but great to take a beat and appreciate it all you know?

"Crash & Burn" is a song I started a couple years ago and looooved the beat but couldn't figure out the vocals.

My publisher was like, "Dude, we own all the KPM sh*t. Sample whatever you want." Being a huge library music fan, I was like a kid in a candy store. When I finally landed on the Dust Brothers style production, it kinda brought the whole record into this great new light for me.

The video was a breeze to shoot coz I had the best team behind me. And it was all friends hanging out making weird sh*t. That's my favorite way to work. Like put it all together the week leading up to the shoot, get your friends involved, see what happens. and I love directing and editing too, so it means I get to then live on in that experience for another week while I put the whole thing together.

I really hope you like the record. We're getting it pressed to vinyl. That's insane.