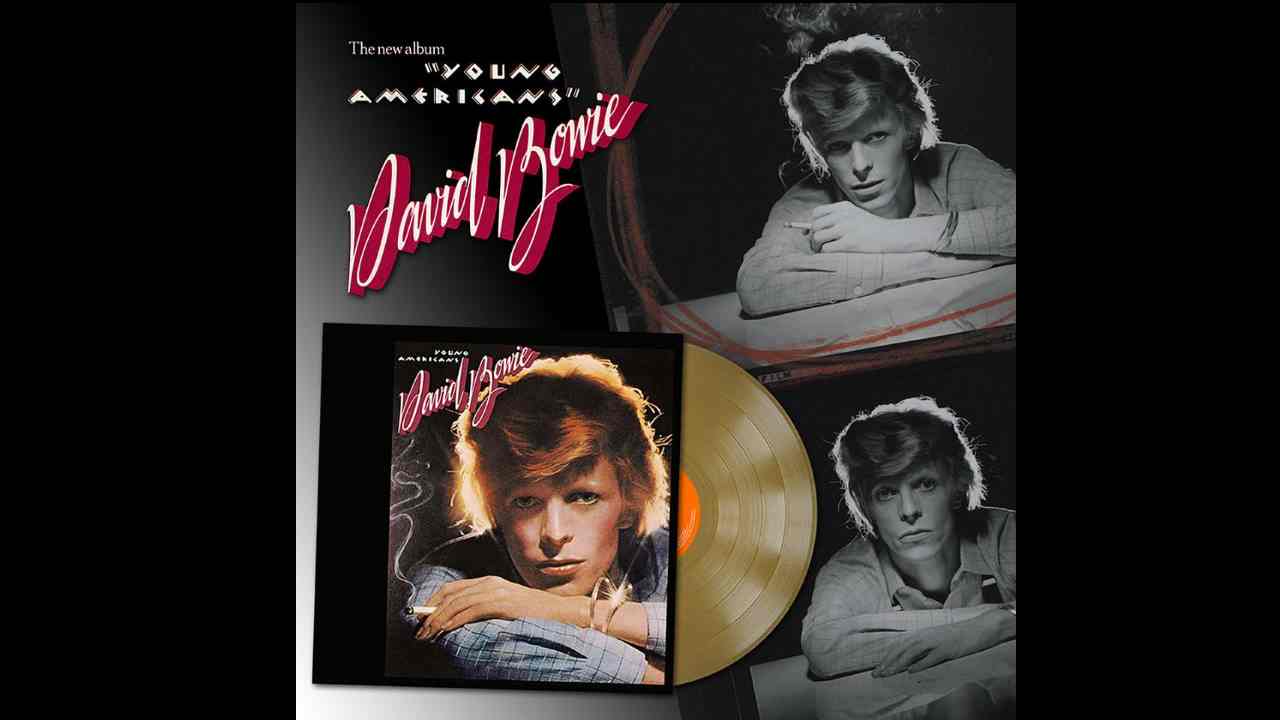 (hennemusic) David Bowie will mark the 45th anniversary of his 1975 classic, "Young Americans", with the release of a gold vinyl edition on September 18.

The limited edition run - only available in stores - will arrive in sync with the 45th anniversary of the late singer's first No. 1 US single, "Fame", which he wrote with John Lennon and guitarist Carlos Alomar.

Bowie's ninth album, "Young Americans" delivered one of many shifts in musical styles during the rocker's career, as he moved from his glam rock period by turning his attention to soul and R&B.

A Top 10 record in several countries, the project peaked at No. 2 on the US Billboard 200. "Young Americans" is the latest in a series of 45th anniversary Bowie vinyl albums reissued in recent years; previous releases in the series have included gold vinyl versions of 1971's "Hunky Dory" and 1972's "The Rise And Fall Of Ziggy Stardust And The Spiders From Mars", as well as a silver vinyl release of 1973's "Aladdin Sane" and a red vinyl edition of 1974's "Diamond Dogs." See the tracklisting here.