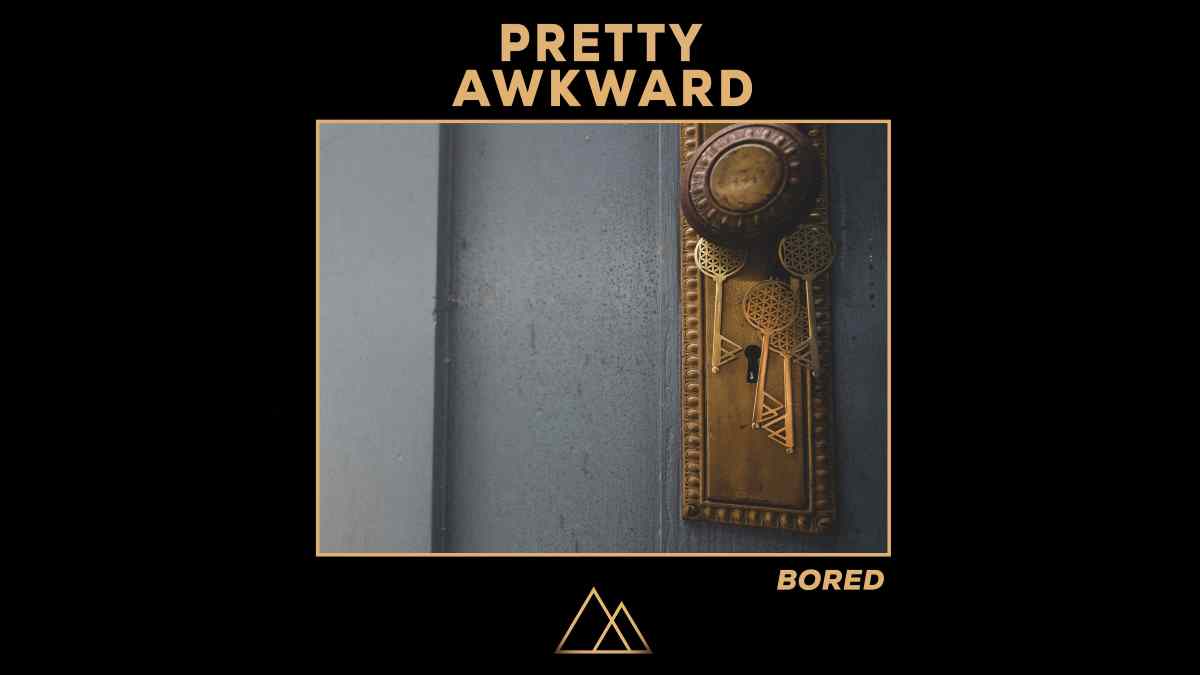 Pretty Awkward recently released their new single and video entitled "Bored" and to celebrate the band tell us about the song and visual. Here is the story:

Nicholas Wiggins: "Bored" was the first song we ever wrote completely as a band together all in one room. We wrote this track in the studio while in LA working with a couple producers known as HEAVY. It was very interesting and exciting having this all come to life before our eyes. It's truly a beautiful thing when friends come together and create something completely out of nothing".

Lead vocalist Austin Held: When I started writing the lyrics, I was honestly in a little bit of a block. I reminded myself that I should start with a statement about myself and maybe I can build off of that to make something cool. The first line in the song was the first line I wrote, "I laugh the hardest when I fall." From there it flowed really well. I keep all my lyric ideas in my notes on my phone, and when it came time for the chorus, I felt like I could already see the attitude of this character and scrolled across a line I wrote the year before which was, "I get bored when my ADD kicks in". I tend to have a scattered brain sometimes and rather than getting frustrated with it, I tend to get bored of it and thought that idea would be a fun and light hearted way to go about addressing my own mental health. I feel like now more than ever, folks can really relate to being bored.

The video for 'Bored' was filmed recently at Magnuson Park in Seattle. The band, chose this location because of the symbolic meaning of the area and the sculptures in the park. Held explains "The environmentally scaled sculptures you see in the video were created using the actual diving-plane fins from decommissioned United States Navy attack submarines built in the 1960s. The fins are arranged to simulate the dorsal fins of a large Orca whale pod or a school of salmon. This artwork represents the ultimate in recycling....'From Swords into Plowshares'. The hope is that similar "pods" will be created around the country and the world, as symbols for peace on a global scale".

Hearing is believing. Now that you know the story behind the song, listen and watch for yourself below or grab it here