Singled Out: The Moon Kids' Touch Of Venice 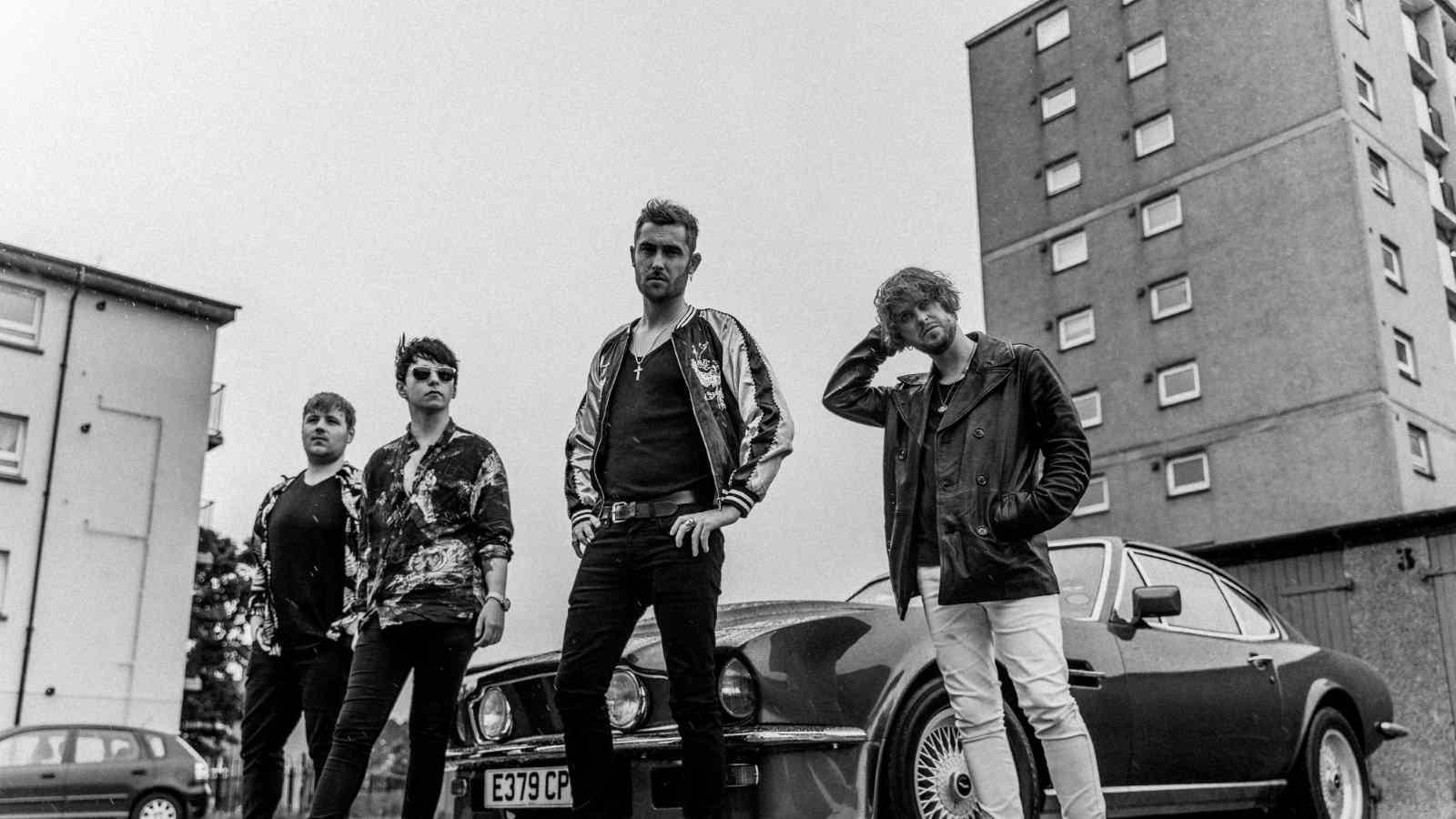 Rising Scottish rockers The Moon Kids recently released their new single "Touch Of Venice" (with an EP coming early next year) and to celebrate we have asked vocalist David Barr to tell us about the track. Here is the story:

The song is about being in L.A. and seeing Venice for the first time through Scottish eyes. I've always loved Venice and I wanted the song to encapsulate how it made me feel being there. Just the whole energy of the boardwalk, etc. There's a kind of edgy vibe, but also something so cool and unique about the place. It sounds strange, but I almost felt a certain sense of ecstasy when I originally spent time there in 2016. Being from Fife in Scotland, I'd only ever seen it in TV shows and movies. Something about the environment touched me in a really overwhelming way which I find hard to explain.

In 2019, when I was in the U.S. performing with the band we'd had a couple of heavy nights in Hollywood. Some of the lads were with their girlfriends and a few of us decided to head down to Venice promenade for a walk. I saw the famous "Touch of Venice" mural, and in the spur of the moment decided to go get it tattooed freehand on my arm. So that was the title and the starting point of the song.

When we got back to Scotland, we began writing the song immediately. Our rehearsal room is in a run-down industrial area in Granton, Edinburgh where the film "Trainspotting" was filmed. What was cool to me was that we were writing a song with blue skies and palm trees in mind, but in a real contrasting environment. It was grey, cold and wet.

The songwriting process started with me asking Yogi (drums) to play a hip-hop style of beat, or at least his version of a hip-hop beat, and then the guitar players joined in. First thing they played was the intro to the song. It was instant. It sounded as "tropical" as four lads from Fife could possibly be, I guess. But the starting point of the song was very organic.

I wrote the chorus for it and the verse riffs the week after, but struggled with lyrics. I couldn't pick a melody out, which is unusual for me. That's often the easiest part. So it kind of became that jam we'd come back to at the end of rehearsals. This went on for a few weeks until boom! The chorus melody and lyrics came at once.

"I'll go where I go and my heart goes where I go like a menace with a 'Touch of Venice.'"

Basically, what I'm saying here is now that I've seen Venice, everywhere I go I'll carry a part of it in my heart wherever I am.

Shortly after I penned the lyrics for the verses, they have since kind of taken on a life of their own.

"We used to ride with the hurricanes"

"We were born with stormy eyes"

In October of this year on my way back to California, I had to spend 14 days in Mexico in order to enter the U.S. due to border restrictions. Well, two weeks before the song's release, I ended up in the "eye of the storm" as Hurricane Delta barreled straight for my hotel in Cancun. I was rushed to a hurricane shelter and had to spend three days there with 1200 other stranded travelers with no luggage, no phone, only the clothes on my back and of course... a mask.

I better be careful what I write in the future!

Singled Out: The Moon Kids' Touch Of Venice