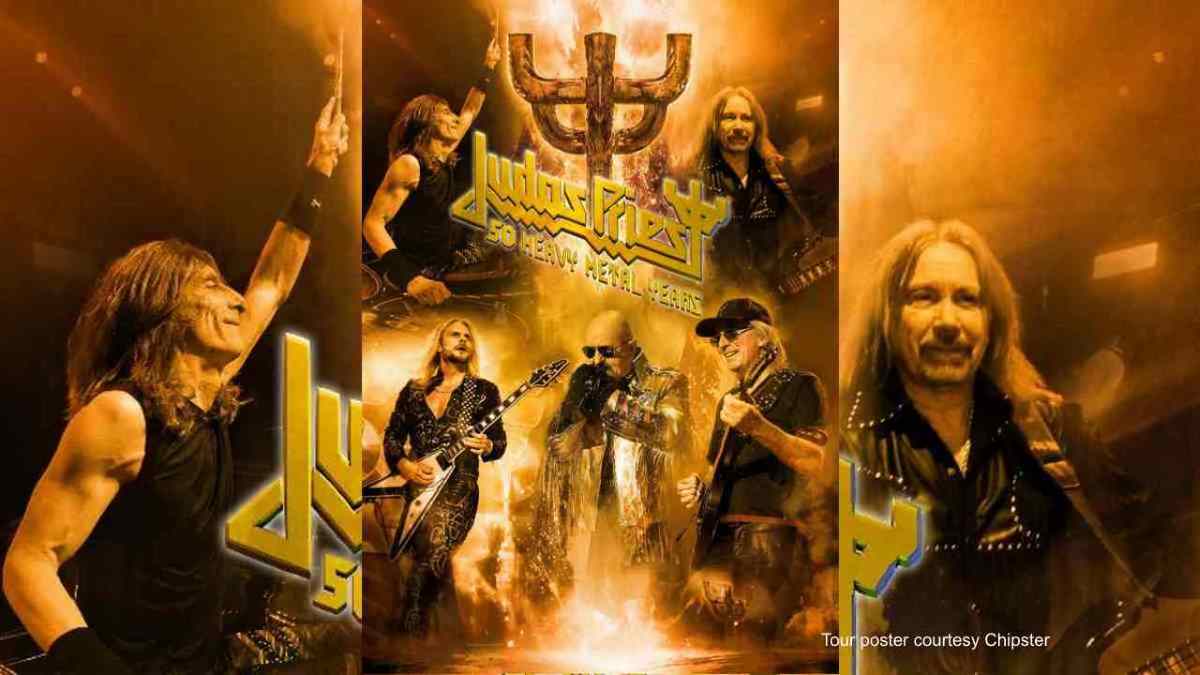 (hennemusic) Judas Priest frontman Rob Halford is sharing an update on the progress the legendary metal band is making on the follow-up to the their 2018 album, "Firepower"

"We had some great writing sessions in the early part of this year until the world came to a stop in late March," Halford tells Lazer 103.3 in Des Moines, Iowa. "I came back here to Phoenix just to chill and relax for a bit, and get ready for another writing session, because that's what we need to do as a band. You make a bunch of work and then you walk away from it, and then you go back to it later and re-analyze it and continue the growth of the record.

"We're still putting bits and pieces together. It's an unusual way of making a record, but we're not the only band that's going through this situation in terms of creativity. You can't let this pandemic stop you; you've gotta try and still get as much out of life as you can."

"Firepower" earned the legendary UK outfit their highest-charting US album when it debuted at No. 5 on the Billboard 200 upon its release. here.