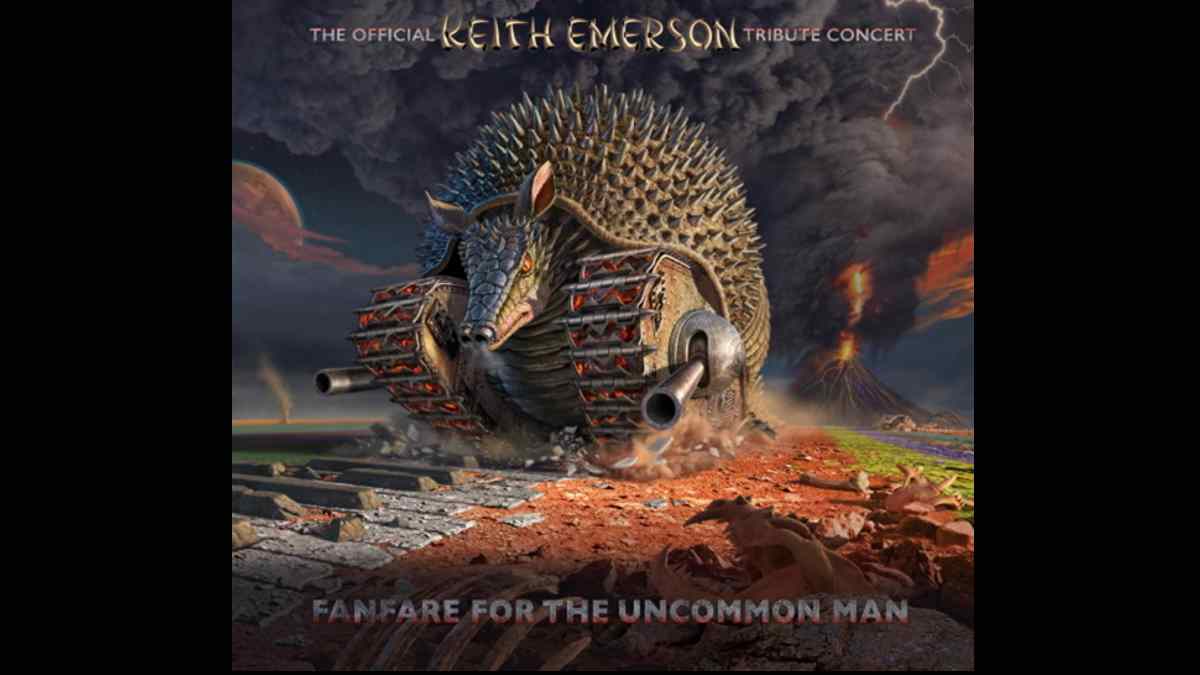 The Official Keith Emerson Tribute Concert will finally see the light of day on March 11, 2021, which will also mark the 5th anniversary of the legendary musician's death.

It will be released as a three disc set and will feature the all-star tribute concert that took place in 2016 in Los Angeles where a who's who of music stars performed tracks from Keith's career including songs from Emerson, Lake & Palmer, The Nice, Emerson, Lake & Powell, The Keith Emerson Band and the Three Fates Project.

The package will feature the 2 and half hour concert film on Blu-Ray, along with a double CD audio recording of the historic concert, with all proceeds going to one of Keith's favorite charities, The Dystonia Medical Research Foundation.

Steve Lukather had this to say, "It was a great honor to be asked to play in tribute to not only a friend but a musical giant and hero to us all. I hope he smiles from heaven knowing the spirit this was done in. So many unreal musicians and thanks to Marc for putting it all together like that! RIP Keith. You are so missed."