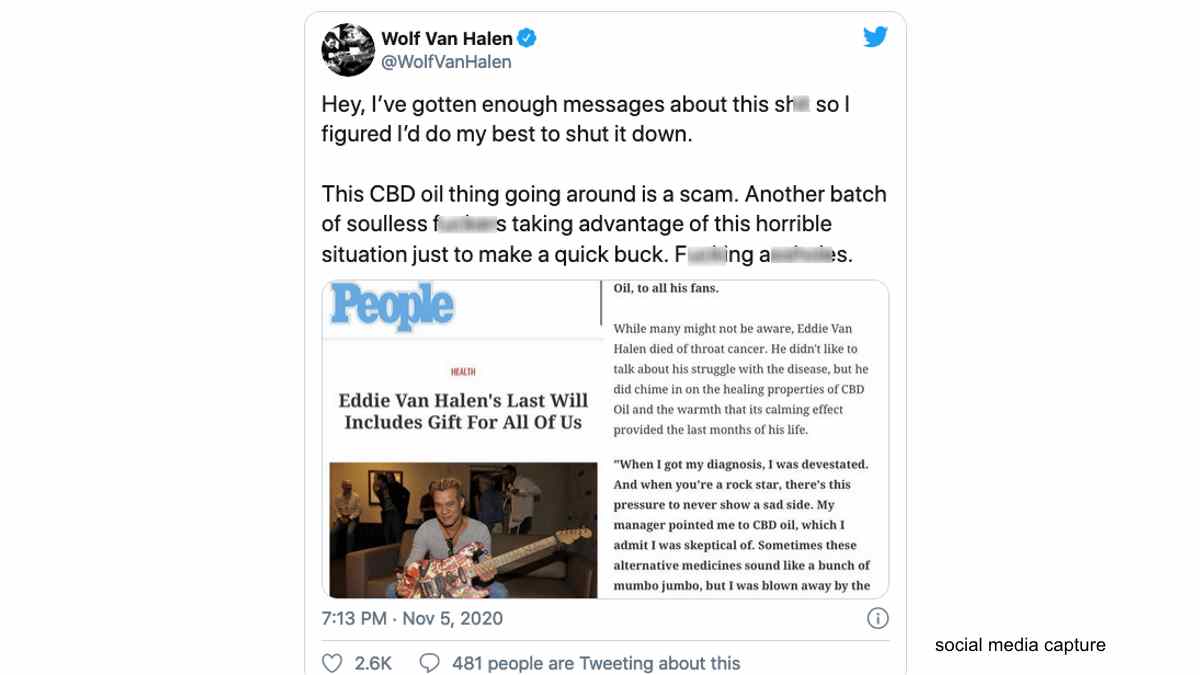 Eddie Van Halen's son Wolfgang Van Halen has slammed a fake magazine screenshot that has been circulated on social media that purports to have the late legendary guitarist endorsing a CBD oil product.

The image features a fake People Magazine screen shot with the headline "Eddie Van Halen's Last Will Includes Gift For All Of Us" that includes fake quotes from Eddie claiming use of CBD oil to aid in his cancer battle.

Wolfgang took to Twitter on Thursday (November 5th) to address the issue. He tweeted a photo of the fake image and said, "Hey, I've gotten enough messages about this sh*t so I figured I'd do my best to shut it down.

"This CBD oil thing going around is a scam. Another batch of soulless f***ers taking advantage of this horrible situation just to make a quick buck. F***ing a**holes.

"I've also seen god awful photoshopped pictures of Al [Van Halen] and Dave [Lee Roth] holding shirts on Facebook as some sort of 'endorsement'. It's just more scum of the earth trying to dupe you.

He posted in a follow-up tweet, "Also, before people start attacking People Magazine, it's not actually an article from them. This CBD oil company is using it as a template to scam people.

"If you DO happen to know the people behind this, by all means harass the sh*t outta them. You have my blessing."