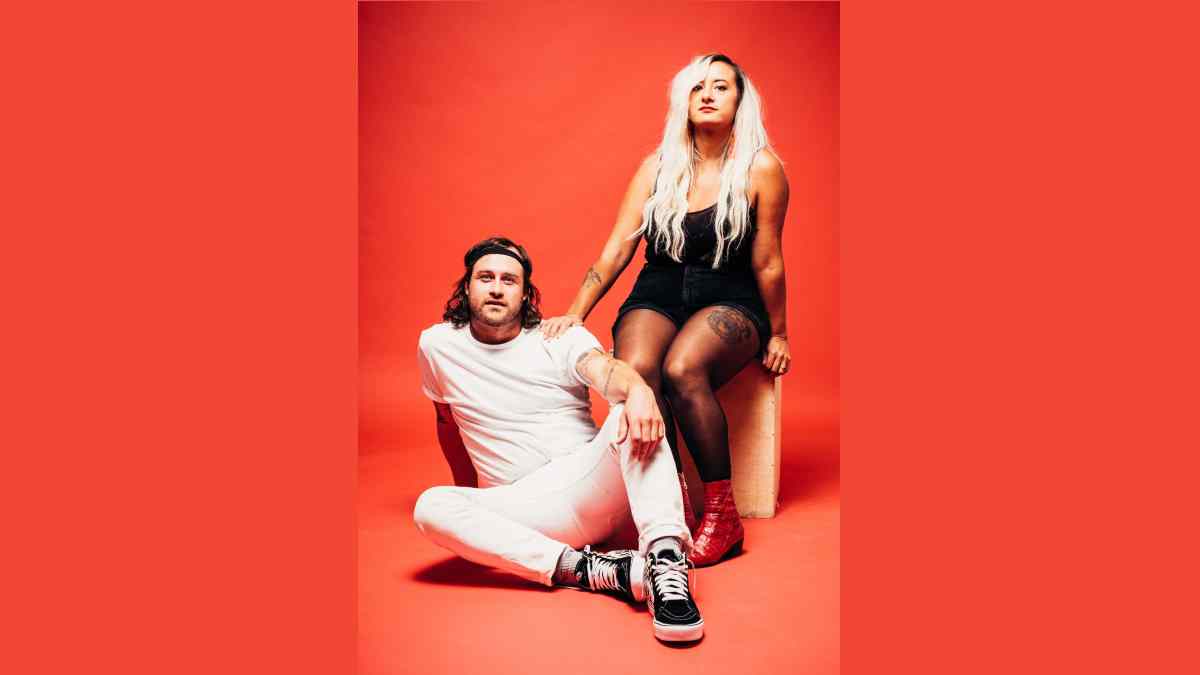 Garage rock duo Miesha The Spanks just released their new single, "Wanna Feel Good" and to celebrate we asked Miesha Louie to tell us about the track. Here is the story:

With the Covid-19 interruptions, our recording timeline went from a beautifully spaced out, two sessions every two weeks style recording plan, to watching the time disappear from March into July while we waited for a safe time to go back. We were working with Leeroy Stagger in his home studio, The Rebeltone Ranch, in Lethbridge Alberta, but he sold his home to move back to Vancouver Island and the very last weekend we could work was the last weekend in July, so suddenly the pressure was very real.

I was meant to be finishing a different song when I got fed up and started f***ing around on my guitar. I wrote the lead riff to "Wanna Feel Good" and the song took over from there. All the frustration poured out, and the bones to the song came to life very quickly. The lyrics I built from there, reminiscing about what stressed out songwriting used to look like to me - shots of Jamesons, staying out all night, creating new misadventures and stories to write about. I dug deep and channelled all of that, because in reality I was writing in my office with my morning coffee while my husband watched our twin baby boys.

I made a demo with garage band and showed Sean on the three hour drive south to Lethbridge to record our last session. The vibes were good, and it's such a straight ahead slamming song that it wasn't hard to manifest the drums. I hadn't written the full structure yet, so we brainstormed that on the drive too. It's a weird structure, we weren't totally sure what to do with the second bridge - or is it the chorus? we still don't know for sure - but I like where it landed.

The riff keeps repeating along with the first line of every verse- which is the feeling you get when you're stuck in your head and pressure's building- on repeat with your thoughts. Shake it off with some OOOOOH. Distract yourself for some sweet release. Repeat. I think the layout of the song helped capture all the feelings it's made of.

None of us were expecting a new song- did we even have time to throw something new in the mix? We hoped so. And I mean, turns out we did. Turns out "Wanna Feel Good" (originally named "Never Going Home") would be our second single.