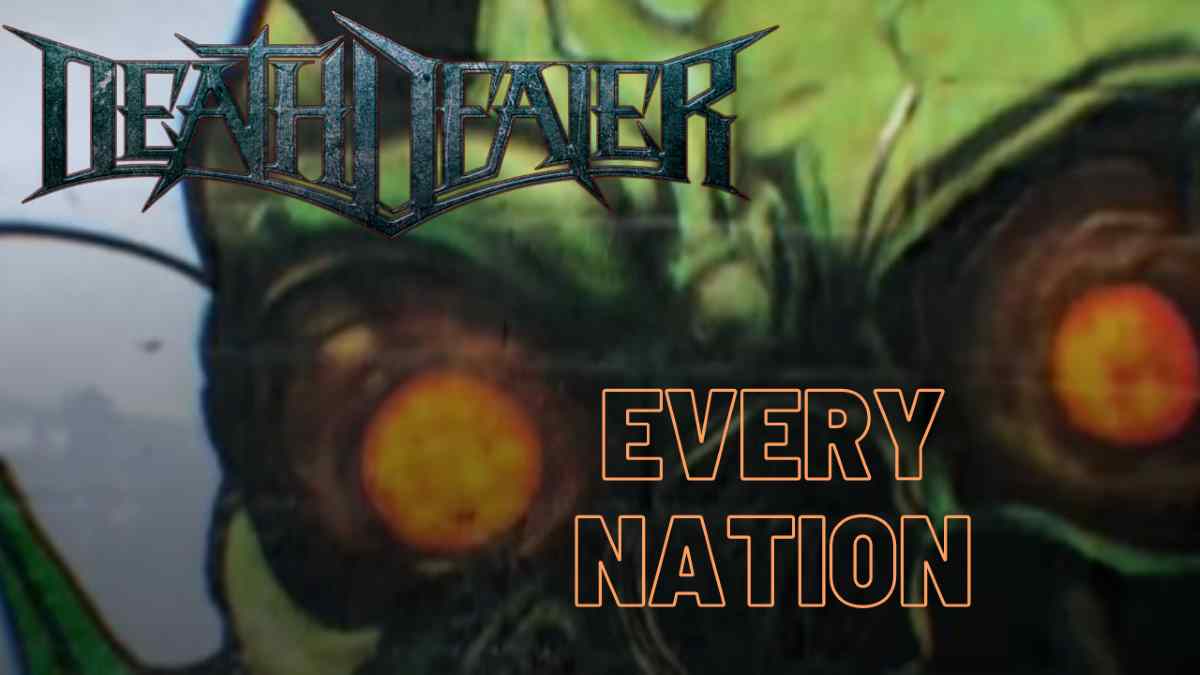 Death Dealer imagine what the world would be like if everyone was a metalhead with their brand new single "Every Nation". The track comes from their forthcoming album, "Conquered Lands", that arrives this Friday, November 13th.

Sean Peck had this to say, "It is kind of weird that I wrote these lyrics 4 years ago and the video was scheduled to come out now in the middle of a turbulent time of division. The song represents how I feel that the metal community that it is an evolved society compared to others. If I see someone with an Iron Maiden shirt on at the store I say hey what is up and throw them the horns. I do not care about any of the things that could divide us. I just know we are both metal loving maniacs and that is the number one thing for me. People say it is a lifestyle off the cuff but it really is."

Ross The Boss shared, "The song is really rocking and has a strong message too. Music is a uniter and the video captured the concept perfectly. This whole album is filled with great songs like this one I am really proud of it. So support heavy metal and pick it up!"

Stu Marshall added, "I was hoping this track would get picked as one of the songs to do a video for. I always liked how it came together when Sean and I wrote it. This track is one I am sure we will be working into the live set in the future."

Mike Lepond concluded, "Sean and Stu let me be as creative as I wanted on the album. They just set me loose and trusted me 100%. This style of metal is right up my alley. It's where my playing is at its best. The level of talent in this band is off the charts. These guys push me to the edge and I love it." Watch the lyric video below: