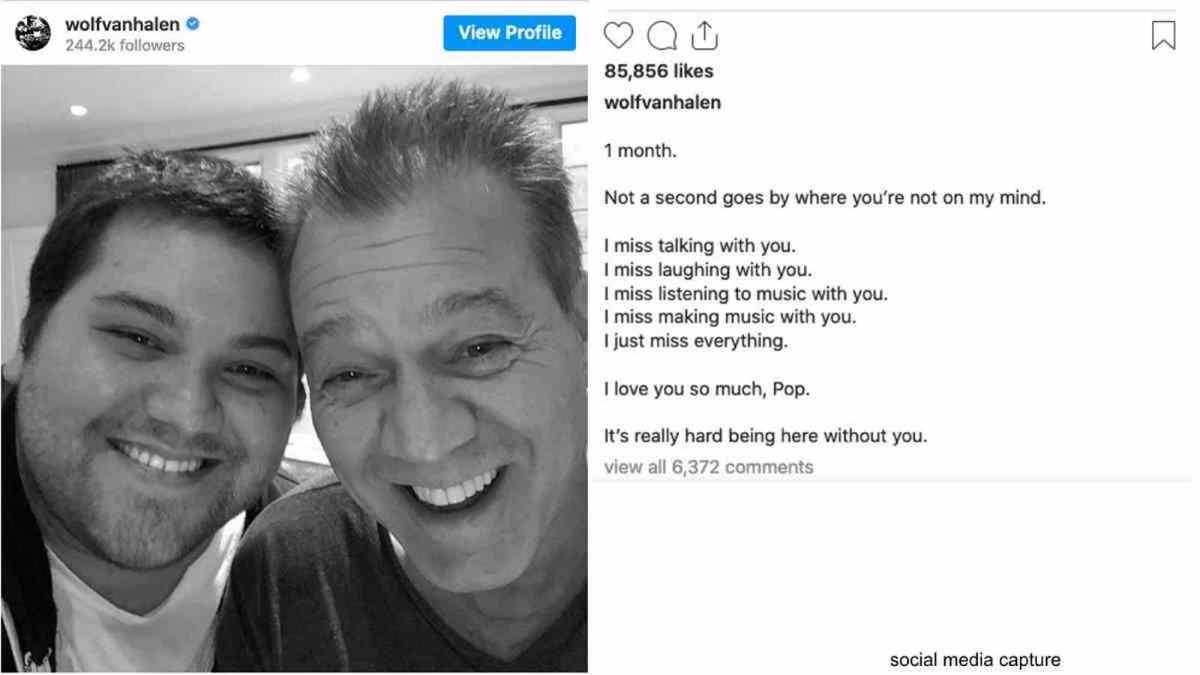 (hennemusic) As Wolfgang Van Halen prepares to launch his solo career next week, the rocker is sharing word that he is dedicating his debut single to his late father, music icon Eddie Van Halen, who passed away on October 6 at the age of 65 after a lengthy battle with cancer.

"'Distance' is a song that was initially written for the debut album, but was going to be held for a later time," says Wolfgang. "As my pop continued to struggle with various health issues, I was imagining what my life would be like without him and how terribly I'd miss him. While this song is incredibly personal, I think anyone can relate to the idea of having a profound loss in their own life.

"I never anticipated 'Distance' would be the first song of mine that people would hear, but I also thought my father would be here to celebrate its release along with me. This is for him."

In sync with the song's release, Wolfgang will appear on on SiriusXM's "The Howard Stern Show" on Monday, November 16. Read more here.