Singled Out: Van Duren's Bear With Me All The Way 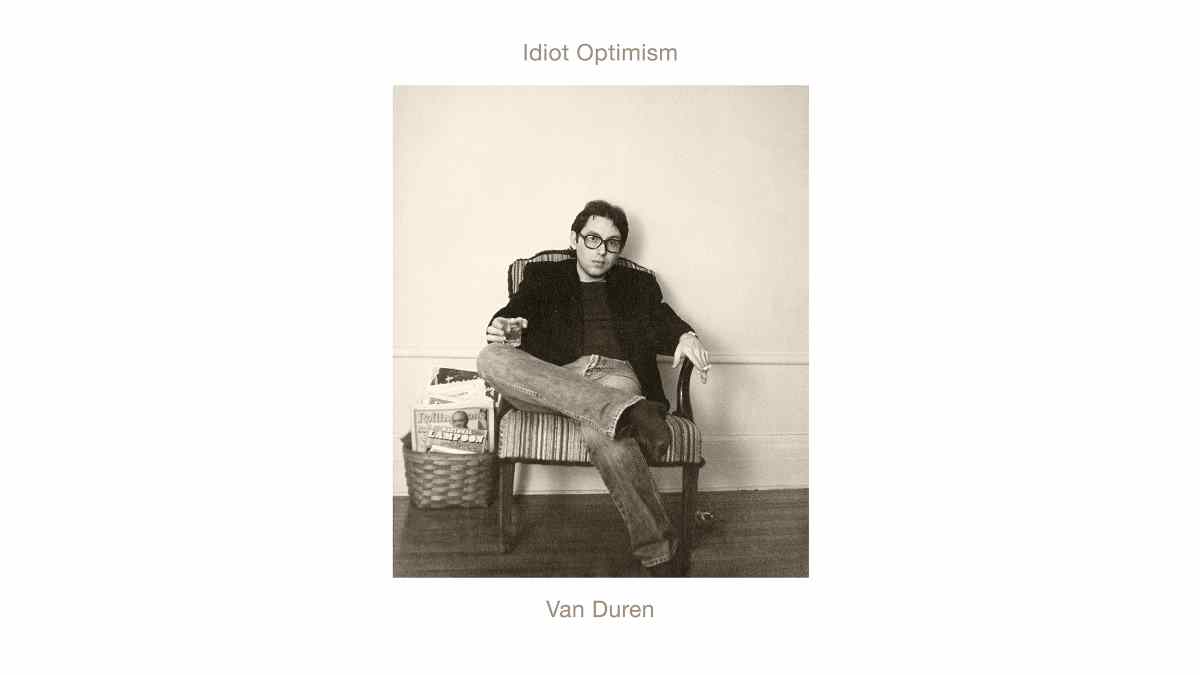 Memphis power pop icon Van Duren's first two solo albums have been reissued by Omnivore and to celebrate we asked him to tell us about one of the track. He selected "Bear With Me All The Way." Here is the story:

When we knew that Omnivore Recordings would be reissuing my first two albums, Are You Serious? (1978) and Idiot Optimism (1980) this autumn, part of the process was for me to step back into the second-hand shoes I wore 40-plus years ago and once more revisit those recordings. Are You Serious?had been released on vinyl back in the day and subsequently reissued on CD 20 years ago. Idiot Optimism,after 16 months off and on recording and mixing until bringing the album to completion was then shelved in early 1980. Fast forward to 2020 and Omnivore has reissued these albums looking and sounding better than ever. With this on the known horizon, earlier this year I took one more long listen to these tracks from the beginning of my career.

Idiot Optimismbegins with a thumping grand piano, joined by bass guitar, both played by myself. My good friend, Mickey Curry, jumps in on drums and we're off. The song is "Bear With Me All the Way" and from the moment I wrote it in January 1978 I knew I wanted it to open the next album. The chords begin with a right hand G major chord / left hand A bass note, then reverses to right hand A / left hand G. Once I had that, the rest of the music kind of wrote itself. The chorus lifts up to E, then falls back into the verse. I thought about writing a bridge section, but decided that the simplicity of that verse and that chorus really worked best.

The lyrics were very much raining in my real world at the time. A bad breakup, scars included. "I couldn't do that dance she did / Always had my hands to myself." I was faithful. She cheated. Then the chorus: "She wouldn't bear with me all the way / And I couldn't say who was wronger or righter"-irony, as I knew perfectly wellwho was wrong. And the intentionally bad English was a bonus.

In place of a now decided-against bridge, we would feature guitar solos over the verse and chorus in the middle of the song. I brought in two terrific guitarists two months apart to play on the track. Guitarist Tom MacGregor jumped in and played amazing Fender Stratocaster through most of the song, killing the brilliant first lead solo (over the verse section). Freddie Tane had played guitar in my Are You Serious?touring band and his Gibson Les Paul screams in the second guitar solo (over the chorus part). The finishing overdubs were my Hohner Clavinet track and the final lead vocal takes.

"Bear With Me All The Way" works because when we recorded it we didn't overthink it. It's straightforward piano pop rock, so what's not to love, pop heads? I've played it live for 40 years and it works every time. Let's do that some more.

Hearing is believing. Now that you know the story behind the song, listen and watch for yourself below in the reissues trailer to learn why they are so special and learn more here

Singled Out: Van Duren's Bear With Me All The Way