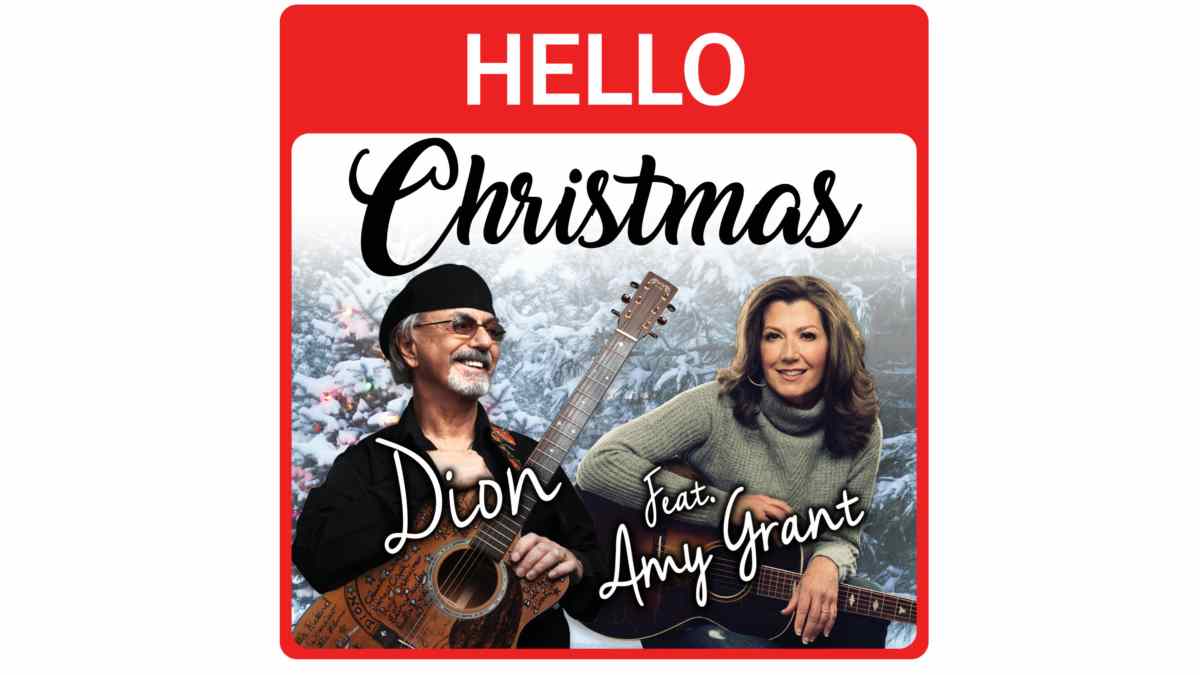 Dion cowrote the new songs with Mike Aquilina who he worked with on his Blues With Friends album. Dion explained how "Hello Christmas" came about , "I was talking with a friend about how the world this year can use a little life-giving love and harmony. I told him that Christmas was the grace that changed my life and that I was looking forward to a shot of that this year.

"The next day I got together with Mike and I picked up the guitar, started singing and words started to flow. Later I was walking with my buddy [and co-writer] Steve Bottari and he started singing along - with some new words.

"The song just seemed to write itself, a gift to finish off this challenging year. From the start I heard Amy Grant's voice on it; she just sounds like Christmas to me. I sent the track to her and she fell in love with it and added a beautiful counter-melody which makes it really sublime."

Amy Grant added, "I was so happy to join my old friend Dion on 'Hello Christmas.' The song makes me smile every time I hear it."

The second track, "You Know It's Christmas, is set to be released this coming Friday, November 20th, and features a guest appearance from Blues star Joe Bonamassa.

Dio said of that track, "As far as " You Know It's Christmas" is concerned, Dion commented, "Blues is my home and I wanted to write a Christmas song with that feeling.

"Mike suggested a 'brag blues' [in the tradition of "The Wanderer"] so we thought what would a bluesman brag about at Christmas? How he bought just the right gift for his girl and how she's going to love it!

"Christmas is all about giving and I think the song catches that vibe perfectly. Joe Bonamassa gave me a great Christmas present by playing lead on it."

Bonamassa added, "It is always an honor to play alongside Dion, he is a National Treasure!"