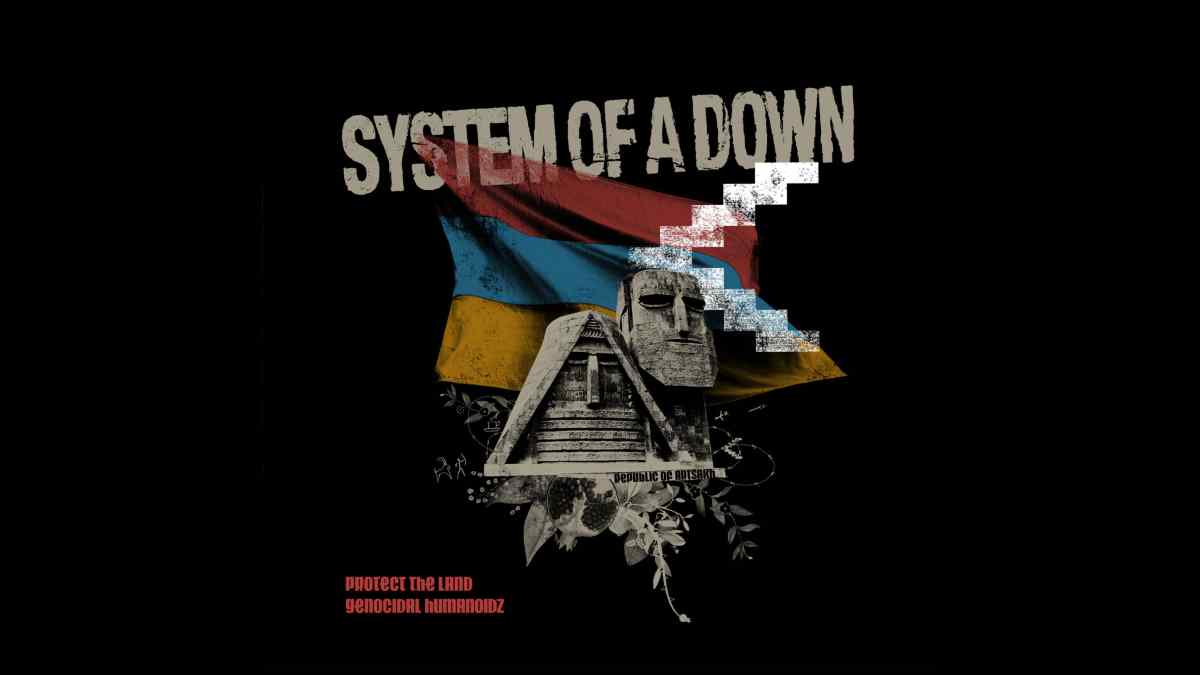 System Of A Down raised over $600,000 for the Armenia with the surprise release of their first new songs in fifteen years, but Daron Malakian does not see the band delivering any more new music in the near future.

Malakian was asked about the possibility of more new music from the group during an interview with here. He responded, "Look, I never say never. We didn't even know this was going to happen.

"I was on my way to releasing these songs with my other band Scars On Broadway. Then the situation in Armenia happened and put our differences aside. And our differences are only within the band.

"Personally and outside of the band, everybody gets along reasonably well. There is no hate for each other in SOAD. We're like a family. A lot of people think, 'Oh, Serj and Daron don't get along!' and no, that's not true. Serj and Daron get along just fine.

"But Serj and Daron, or Shavo and Serj, different people in the band will have a different idea of how they want the band to move forward. That's kinda where our disagreements are at."

He was then asked "So there's definitely a chance it could happen" and he answered, "I never say never but at the same time I'm not expecting to do any more with SOAD right away or immediately after this. It really does seem like our fans like these new songs. That's important to me.

"We've added two new songs to the System catalog that are on the level with everything else that we've put out and our fans have accepted it that way, which means a lot to me.

"That's kinda where we're gonna leave it for now. If more happens later on, then we'll talk about that, but for now I will continue doing what I'm doing and everyone else will just continue what they're doing. It's all cool though, I'm really pleased with the response we got."