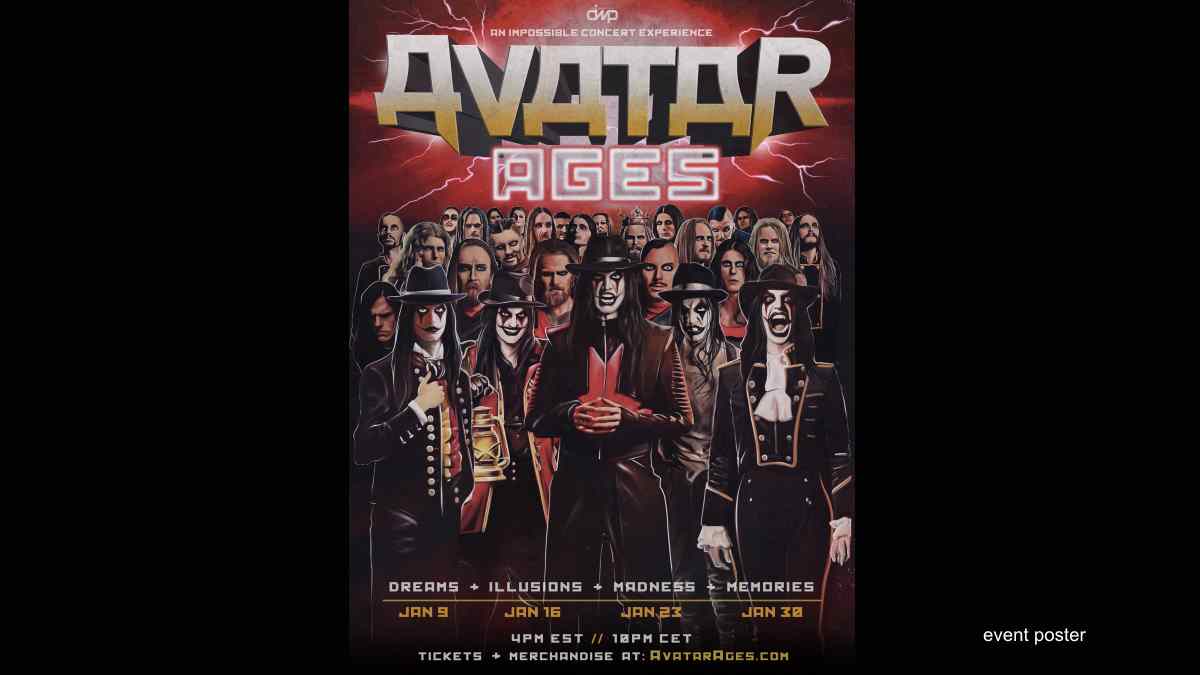 Avatar have announced that will be launching a special 4-part streaming concert series that will be entitled "Ages - An Impossible Concert Experience" early next year.

They will be kicking things off on January 9th with a stet that will be feature a performance of their latest album "Hunter Gather" in full, along with tracks from their catalog.

Frontman Johannes Eckerstrom had this to say, "Nothing can top the feeling of standing eye to eye with the roaring beast that is a metal crowd, hungry for blood.

"Instead, what we are setting out to do is a series of shows we could never do on a normal stage. You will see Avatar as you've never seen us before. More music, more madness.

"We enter this with a game plan like no other, but ultimately the power is yours. This is something we'll create together. We have missed you."

The band will be offering tickets for each individual show, as well as a package deal for all 4 shows. Find more details here.