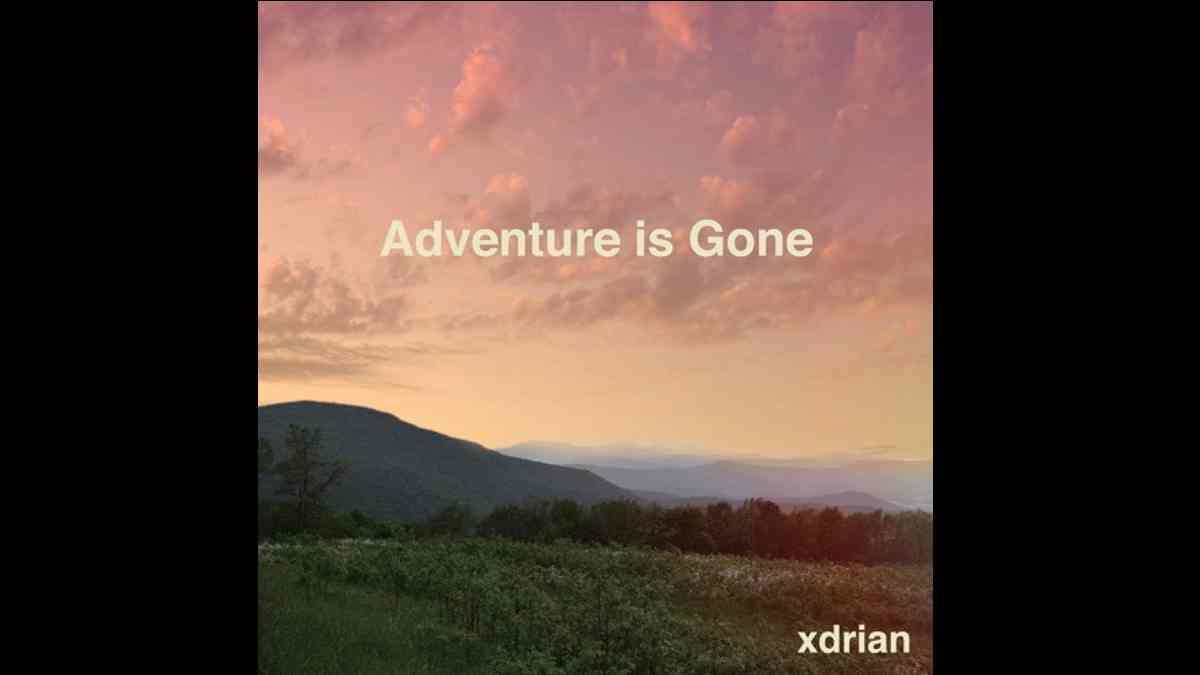 Indie artist Xdrian just released a video for his new single "Adventure Is Gone" and to celebrate we asked him to tell us about the track, which will be featured on his "Dreaming and Driving" EP. Here is the story:

I wrote the music for "Adventure is Gone" in Boston in the fall of 2018. At the time, I worked evenings at a bright and raucous arcade bar in the Cambridge area. To combat these nights, my calming morning routine consisted of making a large cup of coffee, laying in the sole sunny spot on the floor of my apartment, and listening to lots of 60's surf rock. Gradually, and inspired by the clashing juxtaposition of my work & home routines, the song came to me. My initial plan was to use the energetic joy of the instrumental as a demo that I could present to potential band members; however, unforeseen circumstances soon led to an abrupt departure from New England altogether.

Two years later, having never been quite capable of abandoning the instrumental, I finished the lyrics. In the years after leaving NE, I found myself in a great new career. Although great in many aspects, it unfortunately relocated me to the middle of (seemingly) nowhere, West Texas. Far away from friends, family, and the old vibrant city life (for which I had unknowingly longed), feelings of indifference eventually crept up.

Though my living situation peaked with its plentiful sunlight and calming spaces, something no longer felt right. It felt bereft. And that's when the virus hit, and hit hard taking some close to me along with it. State stay-at-home orders forced me to reconsider my approach to many things, including old habits and old songs, and though I leapt into these enthusiastically, the adventure was gone.

Preferably, I'd be here relaying a fun story about this song's writing process. Unfortunately, this one was painful. When I hear the instrumental I smile and remember times and places conducive to growth and flourishing. When I sing the lyrics, however, I think of this new place, this uncomfortable place that I wish never existed. This song isn't a "covid-core" song. This track has been writing itself for years. Wanting less in life and being enough for yourself, that's the process.

The music video was made by two close friends, Jon Bradley and Kathryn Shollenberger. It takes place in the Pine Barrens of Southern New Jersey, very close to my hometown. Because of travel restrictions I wasn't able to be present during the filming process. I set up a video call with Jon to go over my idea. I explained each scene and what type of facial expression Kathryn should have. I recall watching the video's first and only cut and thinking Kathryn was able to act out the lyrics and move them into a hopeful place with ease. Jon gave the music a canvas to paint on, with each scene showcasing warmer tones. "Adventure is Gone" and the last four years finally had a meaning I could see.