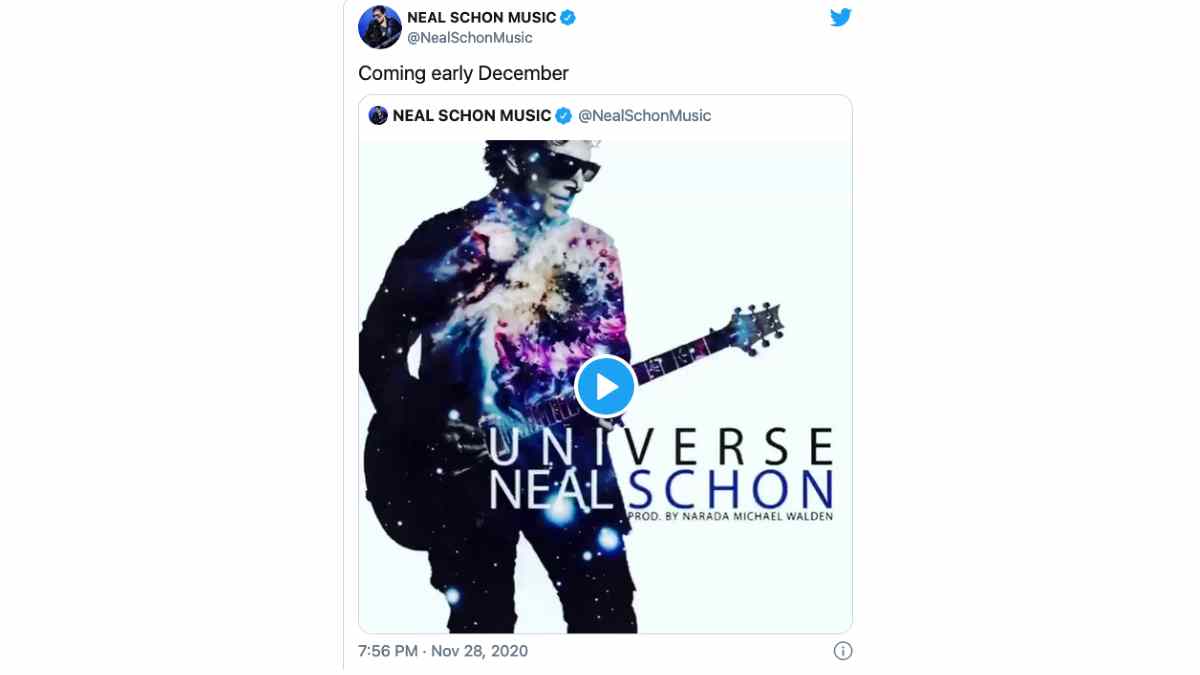 "Coming early December" shared the rocker on social media alongside the cover art for the project, adding: "There are some interesting covers on here as well as originals written and produced by Narada Michael Walden Jimi /Prince / John McLaughlin / Stevie Wonder / Beatles / and Journey. There's some very healing music for this Christmas."

With more details expected soon, "Universe" will mark Schon's first solo effort since 2015's "Vortex." The record isn't the only new music Schon has been working on lately; he recently confirmed that the members of Journey were recording material that he expects fans will hear in 2021.

"We have 13 new tracks in the can that Arnel [Pineda] is now singing on, but the band is on fire," the guitarist told Eddie Trunk in October. "I'm excited about this record and I believe we'll start releasing things after the New Year....I thought we were going to release the single a lot earlier, and then this (pandemic) all came down and they wanted to push it back a bit, and it makes sense. So we're gonna release a single, another single, a few months after that another single, and hopefully by then near the end of '21 we'll be back on tour when everything gets up and running again.

"But yeah, I think the band is on fire, man. It's been really pretty much either Jonathan [Cain] working in his studio, sending us a track, and then we're overdubbing on it, or it's Narada and I playing live together, which is working quite well - just drums and guitar. And then we send it to Randy [Jackson] and to Jon, and then have Arnel on it. So, it's coming together, man. For being a virtual record, it sounds amazing." See Neal's tweets here.