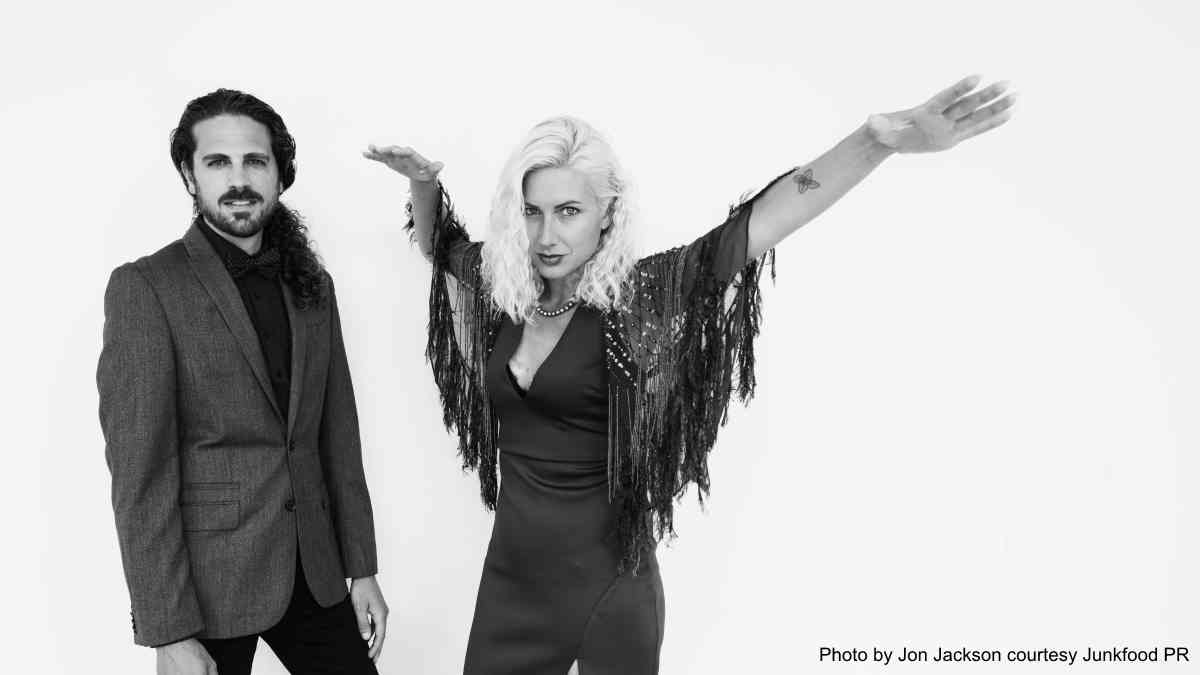 Movie Club recently released their new song "Rainshadow", which features guest appearances from David Bowie, Foo Fighters, Pink collaborators. To celebrate we asked them to tell us about the song, which comes from their forthcoming album Black Flamingo. Here is the story:

It was a rare rainy night in Venice Beach on January 20th, 2020. There was a certain feeling in the air. It only rains about five nights a year here so it creates a sort of magical atmosphere. We began to play a dark, dramatic song to match the storm around us. It was as if we were materializing the mood into music.

We rushed to record the jam in the Voice Notes app before it evaporated, immediately naming it "Rainshadow." We'd recently learned about real rain shadows existing in Hawaii. The Oxford definition of a rain shadow is "a region having little rainfall because it is sheltered from prevailing rain-bearing winds by a range of hills."

We usually have a pretty streamlined process for turning jams into songs. For most of them we try to keep a tight structure, but for this song we weren't so worried about length or form. It only needed to be a dynamic, psychedelic journey. We gathered a lot of inspiration from one of our favorite all-time tracks, the sprawling masterpiece "Maggot Brain" by Funkadelic.

When we recorded "Rainshadow" we didn't use the click so it could exist in its own time and space. Once it was laid out, we wanted to expand it to include a few more atmospheric, emotional instruments. We called upon long time Venice friends and collaborators Jessy Greene-outstanding violinist who has toured with P!NK and Foo Fighters-and legendary keyboardist Rami Jaffee, who was playing Sunset Strip in Hollywood when he was 13, going on to be in The Wallflowers and now, the Foo Fighters. Tim Lefebvre (David Bowie, Black Crowes) laid down a silky bass line beneath it all and we were stunned and so grateful to the three of them. It was incredible how naturally everything intertwined like we'd all been in the stormy session together.

Things happened to work out time-wise so that we could release this track two years from when we originally formed to play Movie Club's first show alongside Jessy and Rami at a pre-Cal Jam party at Fonogenic Studios. The band was formed because Rami mentioned he was throwing an epic bash. We got three songs and a band name together in order to play it. Rami even sat in on keys for a song during Movie Club's first set ever.

Which brings it back to the full-circle release of "Rainshadow" - the second single off our forthcoming full-length album Black Flamingo. We love this track so much that we ordered the songs so "Rainshadow" starts Side B of our vinyl edition.

The full album will be released November 27th, 2020. You can pre-purchase your copy of Black Flamingo on vinyl right now through our website, www.movieclubtheband.com.