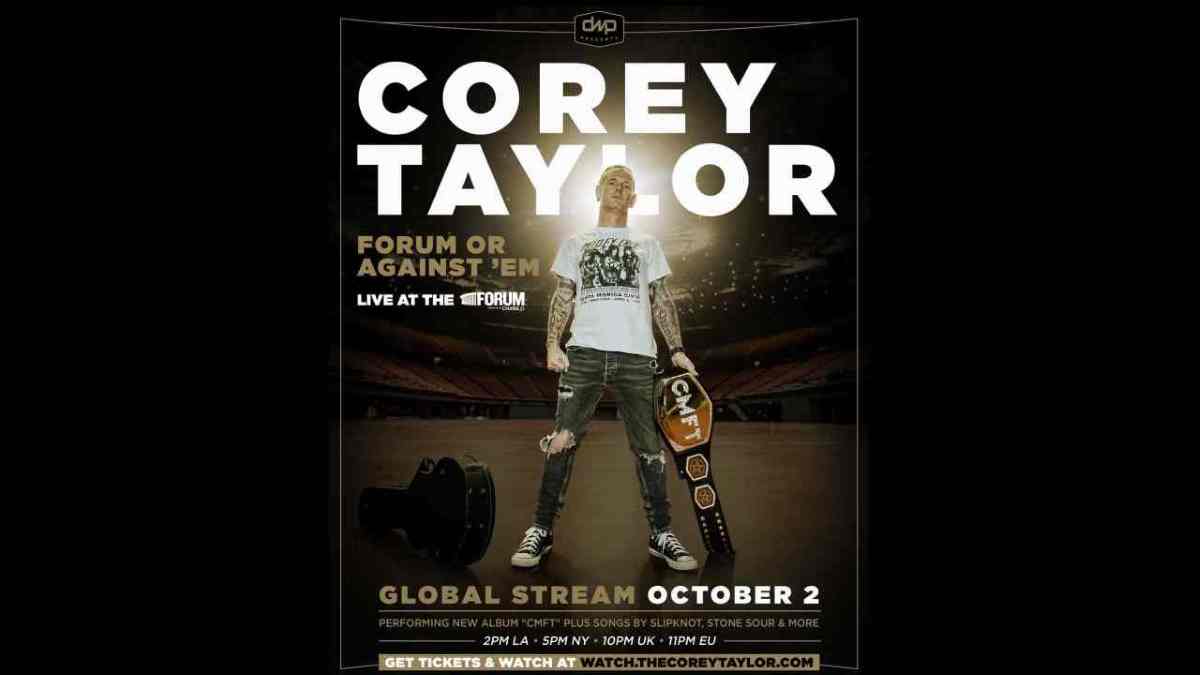 Slipknot and Stone Sour frontman Corey Taylor has shared a video of his performance of his new solo track "Halfway Down", from his special Forum Or Against 'Em event.

Corey has announced that fans that missed the special stream, still have the opportunity to watch with tickets extended for the Pay-Per-View and unlimited re-watch access has been extended until 11:59 EDT on Wednesday, October 7th.

The show featured a 23 song setlist and Corey performed the "CMFT" album in full, along with cover songs and tracks from the Stone Sour and Slipknot catalog. Tickets are available here

Watch the "Halfway Down" performance below: