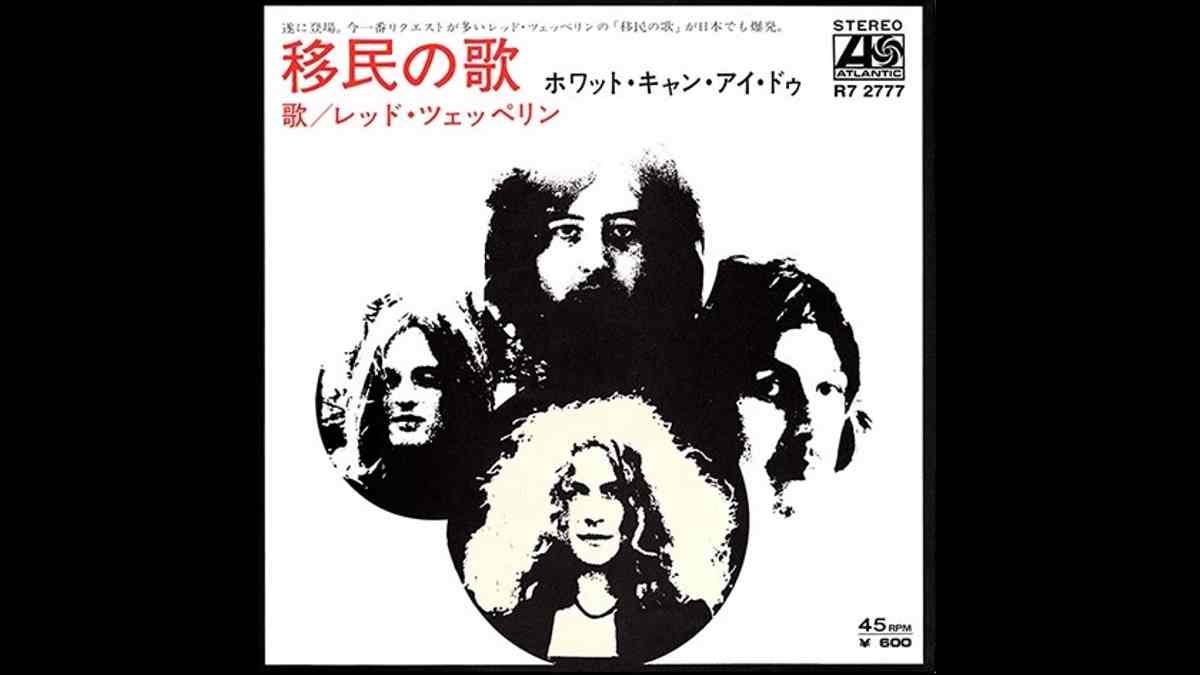 (hennemusic) Led Zeppelin will reissue a limited-edition 7" Japanese single of their 1970 classic, "Immigrant Song", as part of the 50th anniversary celebrations for "Led Zeppelin III."

The reissue of the single will include the b-side and non-album track, "Hey, Hey, What Can I Do", on 7" vinyl; limited to 19,700 copies, it comes in a sleeve that replicates the original artwork. The single is set to be released on January 15, 2021 and can be pre-ordered at ledzeppelin.com starting this Thursday, October 8 at 3PM BST/10AM EST.

A Top 20 hit around the world, the lyrical references in the album's only single to Norse mythology were inspired by the band's concert in Reykjavik, Iceland on June 22, 1970; six days later, the song made its live debut in England at the Bath Festival of Blues and Progressive Music before the project's release less than six months later.