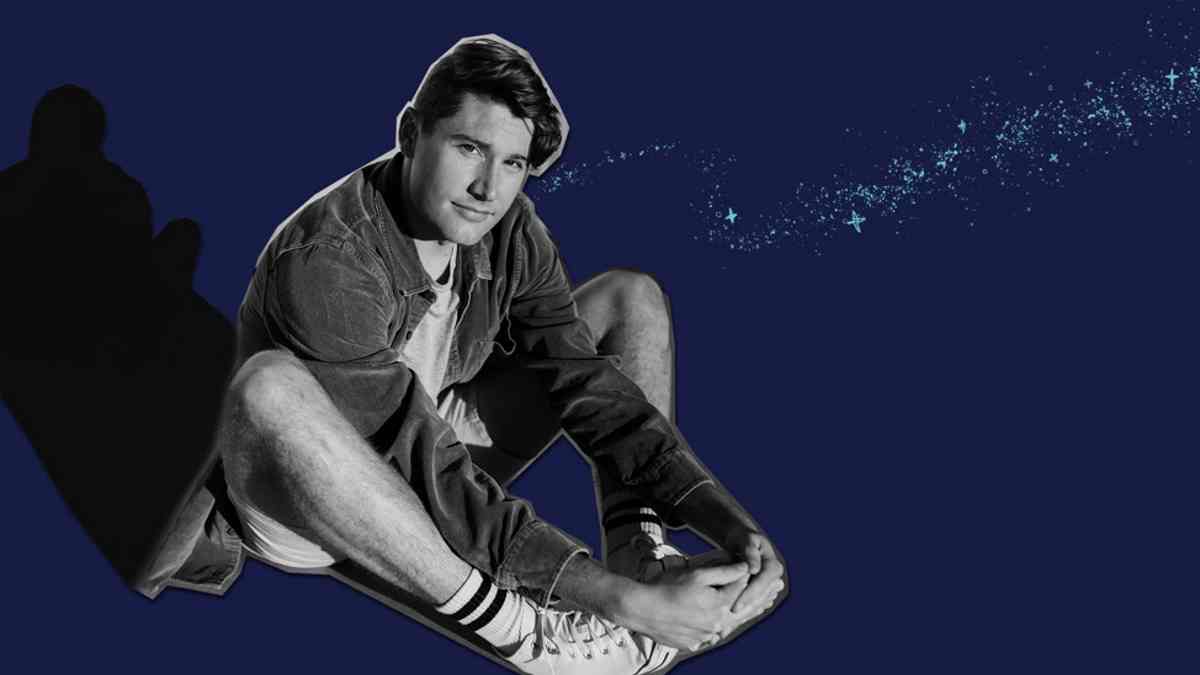 Scott Oatley aka Van Scott just released a new single entitled "Starry Eyed" and to celebrate we asked him to tell us the story behind the track. Here is the story:

"Starry Eyed" is a song about sticking together through hard times. It's an anthem of hope that I willed to exist at a point when I felt like all was lost. My faith has always been my constant source of hope, but that was considerably shaken when my best friend came out of the closet two years ago. We were both working at the same evangelical church at the time, and so ¬- given the predominant stance of the Church against homosexuality - it easily became a very complex situation.

It was a tender period that involved many tough conversations between us, and which tested both of our personal belief systems. He was forced to debate if and when he should leave his job, or risk being fired over his sexual preference. I distinctly remember one tearful discussion where he said, "Well, I guess this is where we part ways..." But I immediately told him no, and that this would not be something that ended our friendship. For me, writing him off would mean settling for a lifetime of continued ignorance. And I believed that my faith was big enough to live in the tension.

As I began to re-examine my views on faith and sexuality, there were times where it felt like my faith was slipping through my fingers. This was compounded by the inability to process these pressing issues openly with the people around me. For the better part of a year, I was essentially the only one that knew my friend's secret. I grew very isolated, and often found myself overwhelmed, simply by not knowing what to make of it all.

One night, feeling particularly alone and desperate, I retreated to my studio in an attempt to find some catharsis. I sent up a wordless prayer in the form of a faint whistle and a melancholy melody (the same whistle that opens up the track). There's something naturally light-hearted and carefree about whistling. It was the opposite of what I felt, but it was my last-ditch effort to inspire hope within myself.

I ended up doubling the whistle melody on electric guitar, and then layered a bunch of synth textures on top of it with my Moog. Before I knew it, my feelings existed in musical form! And to just sit in my studio, with the lights off, the glow of the instruments, and the music on loop was incredibly healing for my soul. There's something expressly vulnerable and spiritual that inhabits that part of this song, and it makes up the bed of the entire track.

When it came to fleshing out the rest of the song, I reached out to my friend, Paris Carney, to collaborate. Fun fact: we actually met on the set of ABC's The Goldbergs back in 2015, singing Queen's "Somebody To Love" for an on-camera choir! Anyway, when we finally got together in the studio, we took some time to catch up. I don't like to beat around the bush when I co-write. Instead, I immediately become an open book, sharing everything about my feelings and what's going on in my life. And so that's when I shared the story of what I'd gone through with my best friend.

Paris was beautifully empathetic. She seemed to relate a great deal with my experiences, coming from the same faith background, and I think we must have chatted for about half an hour before we moved forward with any music. I had a few song starts prepared, but I began by playing her the instrumental loop that I had made for "Starry Eyed." I sang her the chorus, which I had already written over the loop, and she was instantly hooked! Almost right away, she started singing the verse melody over the track.

I think, all in all, we finished the song in maybe twenty minutes. The lyrics came up so naturally and easily from the conversation we had just had, and it just felt real and complete and honest. I'll never forget the magic of it all came together so effortlessly that day.

Hearing is believing. Now that you know the story behind the song, listen yourself below and learn more about the Van Scott here