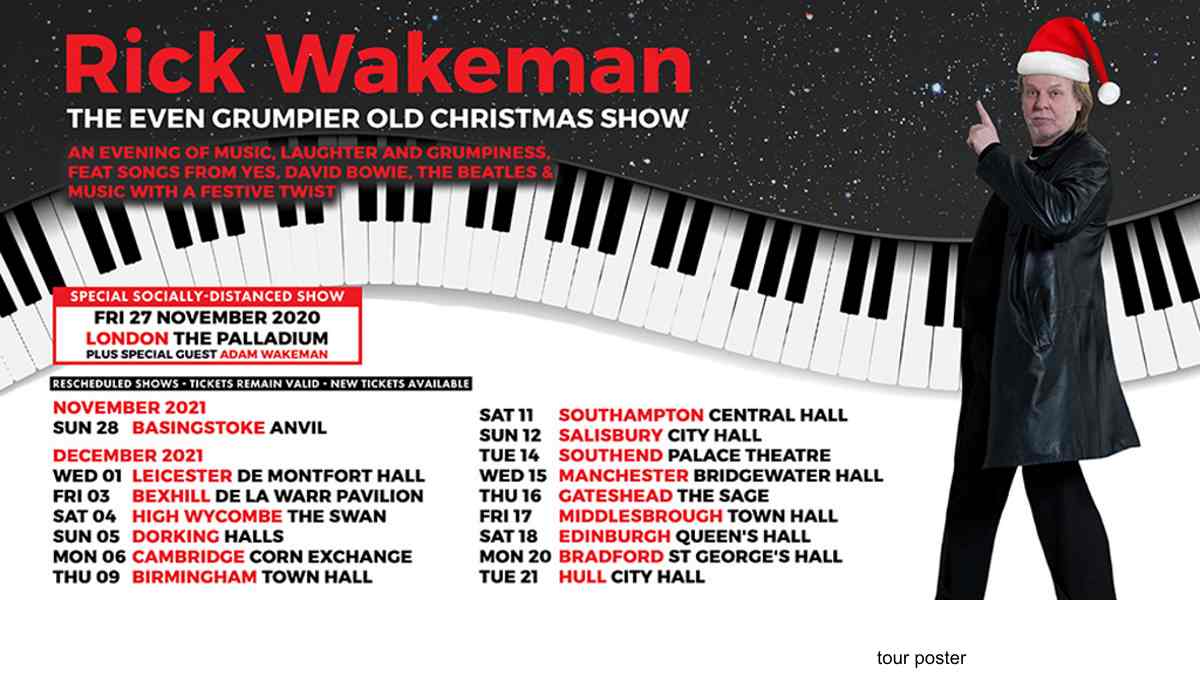 Yes legend Rick Wakeman has announced that he will be playing a special socially distanced concert next month and he shared the rescheduled dates for his Christmas tour.

The one-off performance will be taking place at The Palladium in London on November 27th and will see the prog icon performing The Even Grumpier Old Christmas Show'.

The show will feature Rick's son Adam Wakeman as a special guest. Rick had this to say, "I've had the honour of performing at The Palladium on a few occasions, but never with a show of my own, so in these strange and difficult times this will be a very special occasion for me and hopefully for all of those who come along as well!"

Wakeman has also moved his Christmas tour to November and December of next year due to the Covid-19 pandemic lockdown. He had this to say about that, "It's so difficult to imagine how live music is going to be in the future, but I have to believe that there will be sensible and workable answers to enable us all to enjoy concerts, the theatre and other social events.

"So, with my positive hat on, I'm looking forward to a new 'Even Grumpier Christmas Show' to hopefully play my part in putting smiles back on all our faces and prepare us for a healthier and continually caring 2021." See the dates below: