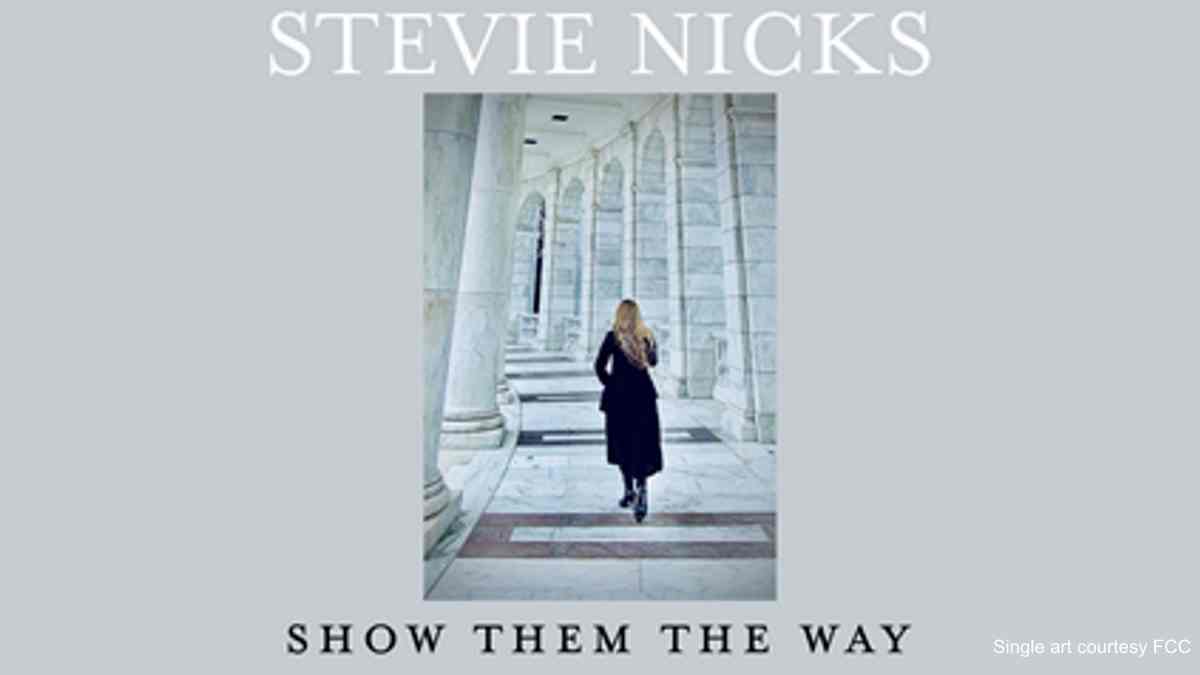 (hennemusic) Stevie Nicks has released a new single, "Show Them The Way." Produced by Greg Kurstin, the standalone track tells the story of a very vivid dream the Fleetwood Mac singer had while editing a concert film in St Charles, IL in 2008.

Nicks was watching a number of documentaries during the two-month period in town: "Mostly the fight for civil rights - The dreams of John Kennedy, Martin Luther King Jr., Bobby Kennedy and John Lewis ~ and all the hidden figures that surrounded them. I was hypnotized," she explains. "One night I had a dream. A dream that was so real that I was pretty sure it had happened. It was a cinematic story. It had a beginning, a middle and an end. Every detail, every color, every smile ~ was there. I started writing the story the moment my eyes opened.

"I never recorded it until now," Nicks adds. "I felt that this was its time, its reason. I understood what it meant then and what it means now~ Please God, show them the way~ Please God, on this day. Spirits all, give them the strength. Peace can come if you really want it."

All proceeds from the record will benefit MusiCares, a music industry charity that provides a safety net and assistance for music people in times of financial, medical, and personal need. here.