Singled Out: EvilDead's The Descending 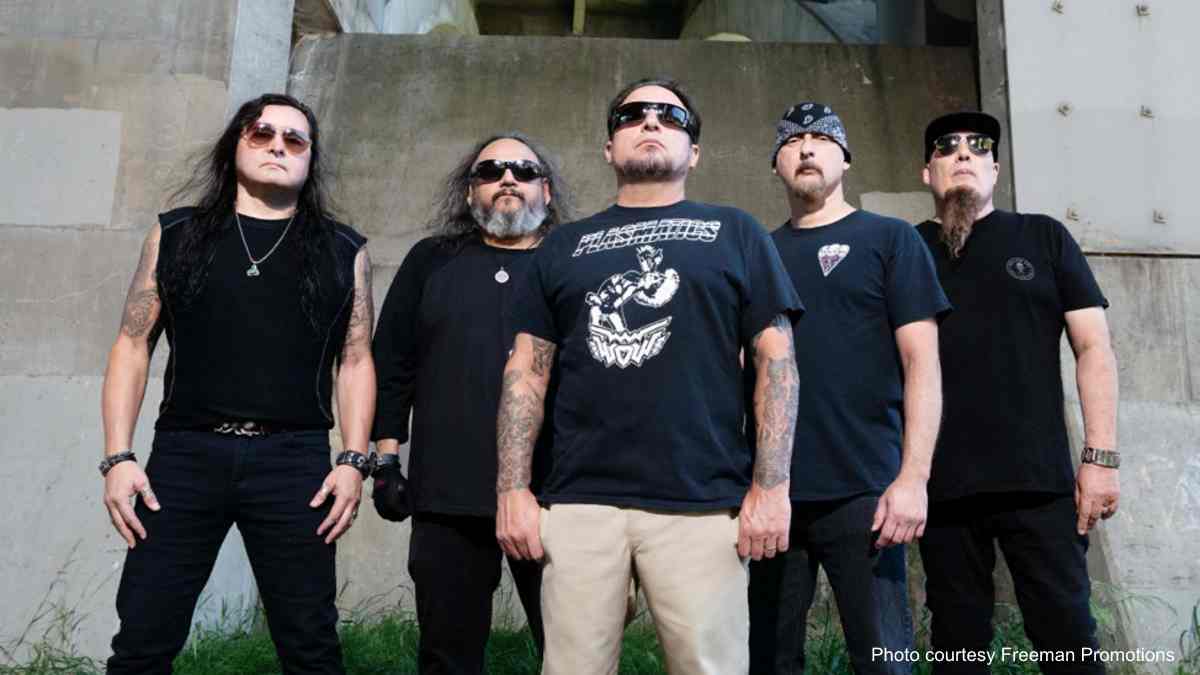 EvilDead will be delivering their new album ""United States Of Anarchy" just in time for Halloween and to celebrate we asked lead vocalist Phil Flores to tell us about the lead single "The Descending". Here is the story:

So, I actually started writing the lyrics for "The Descending" back in 2016 when the presidential campaign was going haywire on all the news and media platforms.

It became more intriguing to me because Trump was such a Washington outsider, and Hillary is of course a woman, and had her long career of political baggage.

These were two interesting characters that were running for president and one of them would make history either by the first female President, or the first true non politician; and that's where the line in the song "The candidates you love to hate" "The corporate whore and the bad hombre" came from. Back then Trump was dubbing himself as one 'bad hombre' and calling his opponent 'crooked Hillary' it was all so polarizing and made great fodder.

The rest of lyrics were easy to write and could apply to our government at any time in recent history. Every four years is an election year, and was also on the short list for the title of the song, but felt "The Descending" fit the vibe of the pounding heavy music. Thank you for your interest and support CHEERS!

Singled Out: EvilDead's The Descending