Singled Out: Crawling Spider - A Tribute To Mike Montgomery 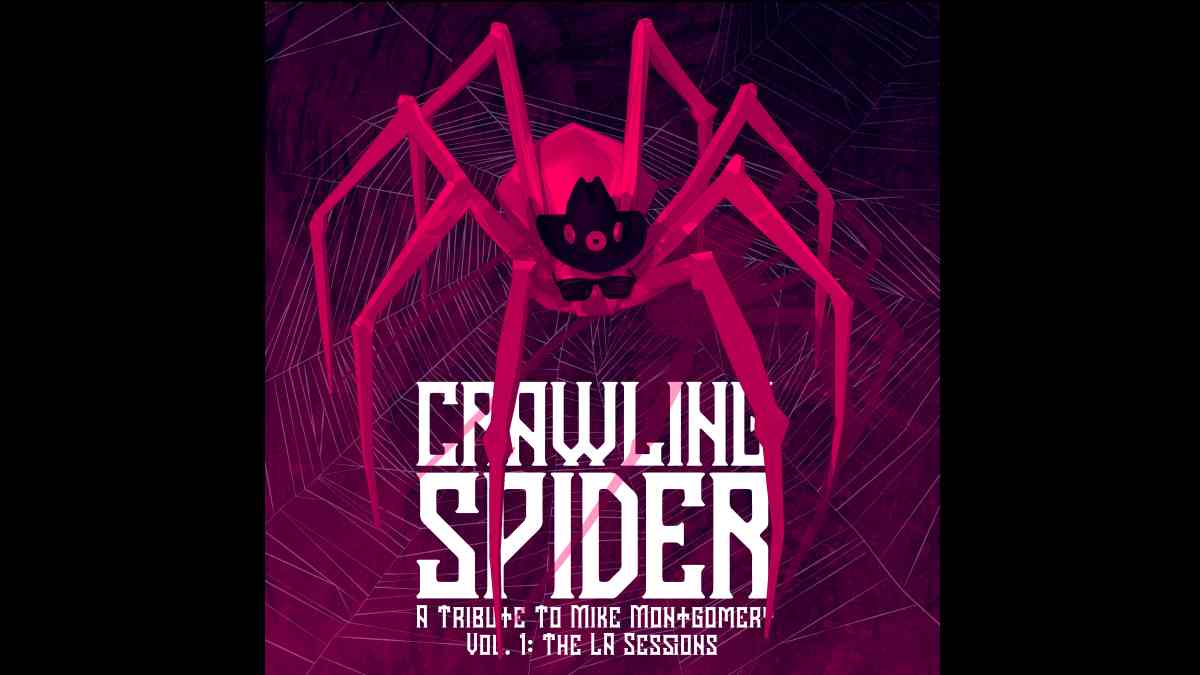 Crawling Spider - A Tribute To Mike Montgomery Vol.1 The LA Sessions was recently released and to celebrate Terry Wilson shares the story behind the song "Long Way Down". Here is the story:

Mike's son Marlon, who organized the album, opens: I had a long history with Terry Wilson, Tony Braunagel, and John Rabbit Bundrick playing together in Bloontz, the Johnny Nash band, and Back Street Crawler along with many other studio sessions. All three appear on the Crawling Spider tribute album (vocalists Terry Slesser from Back Street Crawler and Andy Chapman from Bloontz make an appearance as well). I have enlisted Terry Wilson to help tell the history of these four, what Dad brought to the table as a songwriter, and to discuss one of our favorite tunes: It's A Long Way Down To The Top which appeared on albums from both Bloontz and Back Street Crawler and now Crawling Spider. Take it away Terry...

We were playing the Ft Worth Cellar Club, around 1970-1971. There were 3 Cellar Clubs...and we played them all as "The Bloontz All Star Blues Band". We were working as a power trio at the time with Andy Chapman as our front-man. Jimmy Don Smith was on guitar, Tony Braunagel on drums and I was on bass. We had a plan... We were originally a 5 piece band with John Rabbit Bundrick on keys but he had an offer to go to Sweden to work on a soundtrack with Johnny Nash. Rab had planned on being gone just a few months. Jimmy Don, Tony and I talked to Andy Chapman about joining the band with the plan to just stay busy doing gigs around Houston and other Texas cities until Rabbit got back from Sweden. Play the Cellar Clubs for a while to get tight and then move on from there. You didn't really want to stay and play the Cellar Club circuit for too long. Not the place to be for any length of time. We were playing the Ft Worth Cellar when we first met Michael Montgomery. Not sure why he showed up, I've got a faint memory of him saying that he had heard about us being in town and wanted to check us out, and that he was ready to get out of Ft Worth. Houston sounded better to Mike than staying in Ft Worth. Mike came up between the first and second set of 4 sets a night. Hour on, hour off. Brutal. Mike got his piano out of his car, set up and finished the night with us. He moved to Houston within a couple of weeks.

I was lucky having played with Rabbit, who taught me a lot about music, music arrangement, chord structure. He was way ahead of me at the time musically. He was the first serious musician I had gotten to be close friends with. When Rabbit left, and Mike came in. Mike brought a different slant to me with songwriting. Mike was much more into the lyrics, the storytelling of writing a tune. He worked harder at the storyline, getting it said in 3 verses and having a strong hook line. And Mike wanted the band to be aware of keeping it simple, rocking it with an attitude. Mike wasn't really a "Blues'' player per se. But, he was blues based, with a rock feel to it. Mike made me more aware of writing and working on the lyric, rewriting, editing 'til you had it where it was working. Mike was really the first "songwriter" to be around. I later got to work with Townes Van Zant, Blaze Foley, Eric Burdon, John Martyn.....other great writers who all bring a style of their own. But, Michael was the first one to give me a look at songwriting seriously. Having Mike join us, and a vehicle as a band with a label deal, Evolution Records in NY, got us all serious about developing material. One of my favorite songs from this era was "Long Way Down To The Top", Jason Blue was another. But, Long Way Down had such a great anthem feel, approach, and was so memorable...lyrically, musically, melodically. This period was a great growth period for us being in NY. Electric LadyLand Studios in the middle of NY City. I will always look back on this period, and wonder what if? At one point, after this, Tony and I got an invite from Rabbit to come to London to do his solo record for Island Records. This was probably 2 1/2-3 years later after Rabbit had left Houston. He was now in London and just did several records with Free and Kossoff, Kirke, Tetsu & Rabbit and Rab was slated to do a solo record. Long story short, we did the solo record. Then we were asked to do a record with Paul Kossoff, which Rabbit wasn't ready to go back to. He decided to skip out and join up with Snuffy Walden with Eric Burdon to do a tour of the states. We decided to call Mike Montgomery and bring Mike over to London to work with Kossoff. By the time Mike got to London, we realized that Kossoff management wanted some tunes, needed songs for the record. We really weren't sure where this was going, then it came down to Kossoff needing a touring band to promote the record and the band ended up being 3/5's of Bloontz, Mike, Tony and I. Along with Koss & Terry Slesser. Sorting through the tunes, "Long Way Down" was a perfect fit for Koss's playing and Sless's singing style. The story line to this tune seemed to put into words Koss's whole life, what he was going through, drugs and all.

Learn more about the album here

Singled Out: Crawling Spider - A Tribute To Mike Montgomery