Singled Out: Alex Southey's On The Dance Floor 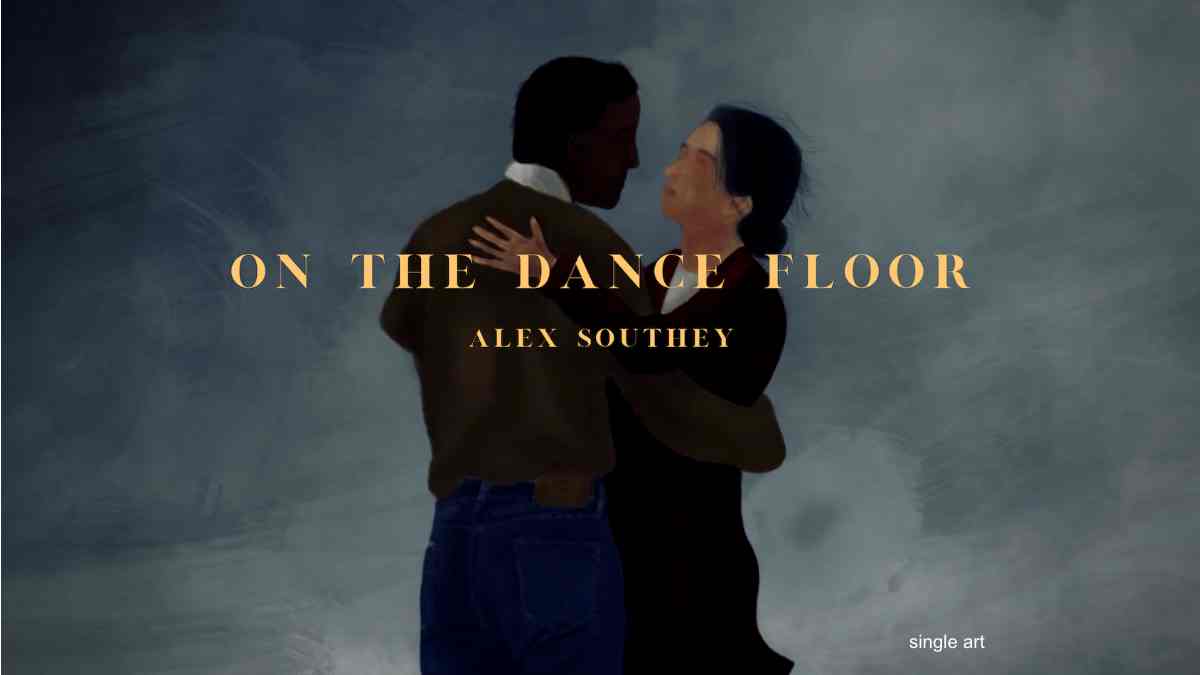 Alex Southey recently released his new single out "On the Dance Floor" and to celebrate we asked Alex to tell us the story behind the track, which will appear on his forthcoming album "...And The Country Stirred". Here is the story:

I will start off by admitting that because I read autobiographies, biographies, reviews, and so forth, for hours a day as a kid and teen, critical opinion matters to me a lot in the arts. This means I have a tendency to look down on clearly commercial stuff, and favour stuff that appears a little artsier - appears to have a little more substance. Now that I'm a little older, I'm able to admit lots of different music is great. It's all just context really.

Despite this, I still struggle with it in my own music. When I write something I know seems pretty catchy, I don't bury it, but I do try to create counterpoints that are a little more interesting, so it's not just a walk in the park, or a sure-fire crowd pleaser. I read that David Bowie suggested you should be putting out what scares you creatively. He said to think of it like walking from the shallow end of a pool towards the deep end, and getting comfortable right where your toes let go from the ground. That immediate feeling of thrill and discomfort together is what will provide the greatest artistic output. I haven't always followed that but I think largely it's a good rule of thumb for no other reason than to keep you, the artist, interested.

My roommate and his girlfriend were in the living room with me. I was playing and humming a cover of "Dreams" by Fleetwood Mac (which is, vaguely, Fmaj7 to Gmaj7 over and over). I started finding enough variations in the melody of the song that a new song began to form. I played different chords, and it led me down a different path to a different song. That was a big factor for the music. The other big factor was the lyrics. I was going through a period (still in it) where I like highlighting uniquely Canadian names. Toronto, the Danforth - it all just sort of flowed from there. With those themes, I married a few personal experiences of my own to make some of the lyrics... and once you have those bare bones, I mean, the rest is just a joy.

...By that I mean, it becomes almost like fashion. Your body represents the bare bones of the song (lyrics, basic chords, basic vocal melody). The clothes you later put on represent the arrangement you've chosen for the body. It's not always so cut and dry. I don't write the bare bones of songs and then wake up and say, "I'm thinking a Kanye beat on this one." But it can be interesting to try and develop a song or album's "personality" by fastidiously building different elements in individual songs to make up this sound (or "look" if I continue my analogy).

I ended up with a kind of indie-country, alt-folk sort of thing.

Another band I really have fallen in love with is My Bloody Valentine. Loveless - goes without saying. I was reading every review of that album I could find, and one mentioned an entire cover album, end to end, of Loveless but instead of it being deafening guitars, it was "porch-lit Americana". I sought it out, began an even greater love affair with that version of the record, and then set on it for months. When I fell back in love with it, I decided to find its creator, Kenny Feinstein. Via Instagram, we began chatting, and it turned out he was working on a new record for Water Tower Band, which was being produced by none other than Ariel Pink. He was wrapping up what became Fly Around, with single "Bobcats" being a standout to me. After speaking for long enough we developed a working relationship and he and his other band member Tommy Drinkard play all over the album. Way more than half. I can't wait to see what they get up to next, and they're a huge reason this song is great.

Hearing is believing. Now that you know the story behind the song, listen and watch for yourself below and learn more about the Alex here

Singled Out: Alex Southey's Caught You On The Throat

Singled Out: Alex Southey's On The Dance Floor