The Foo Fighters Learn To Fly Unplugged On Jimmy Kimmel 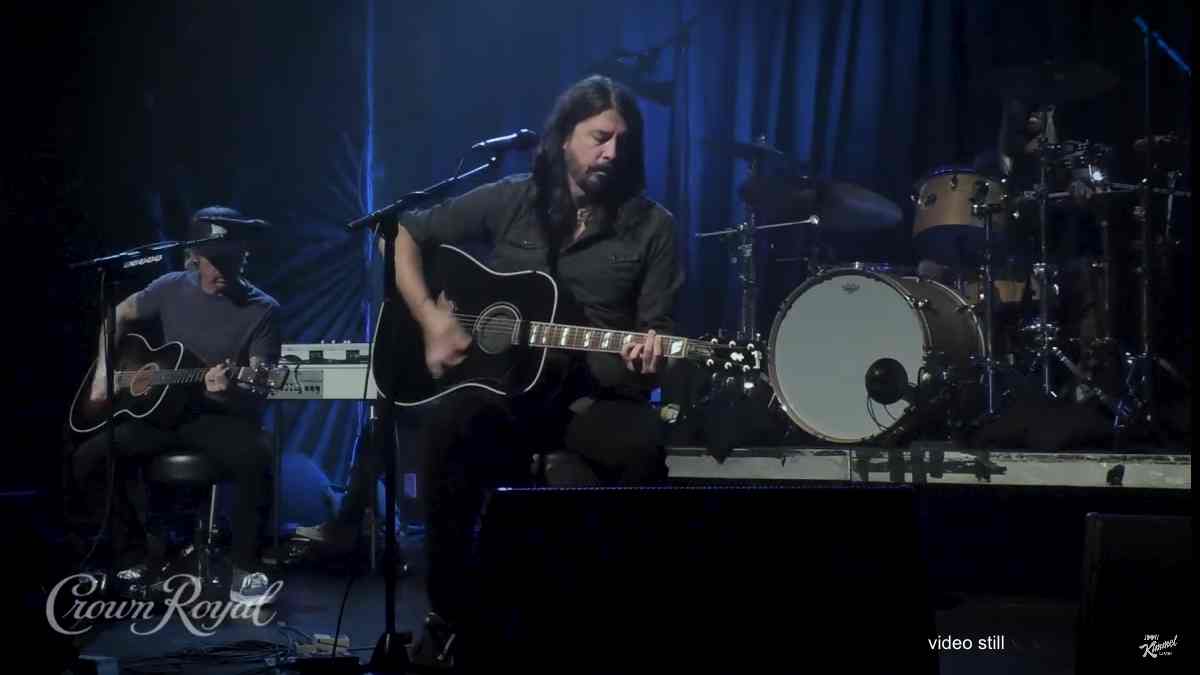 (hennemusic) The Foo Fighters performed an acoustic version of their 1999 classic, "Learn To Fly", on the October 15th episode of ABC-TV's Jimmy Kimmel Live and video of the appearance has been shared online.

The band delivered the song from The Troubadour in Los Angeles ahead of their appearance this Saturday at Save Our Stages Fest, a three-day livestream event that runs from October 16-18.

Hosted by Reggie Watts, the event will also see appearances by Dave Matthews, Miley Cyrus, The Roots, Reba McEntire and many others over the weekend at saveourstages.com. Watch the Kimmel performance here.