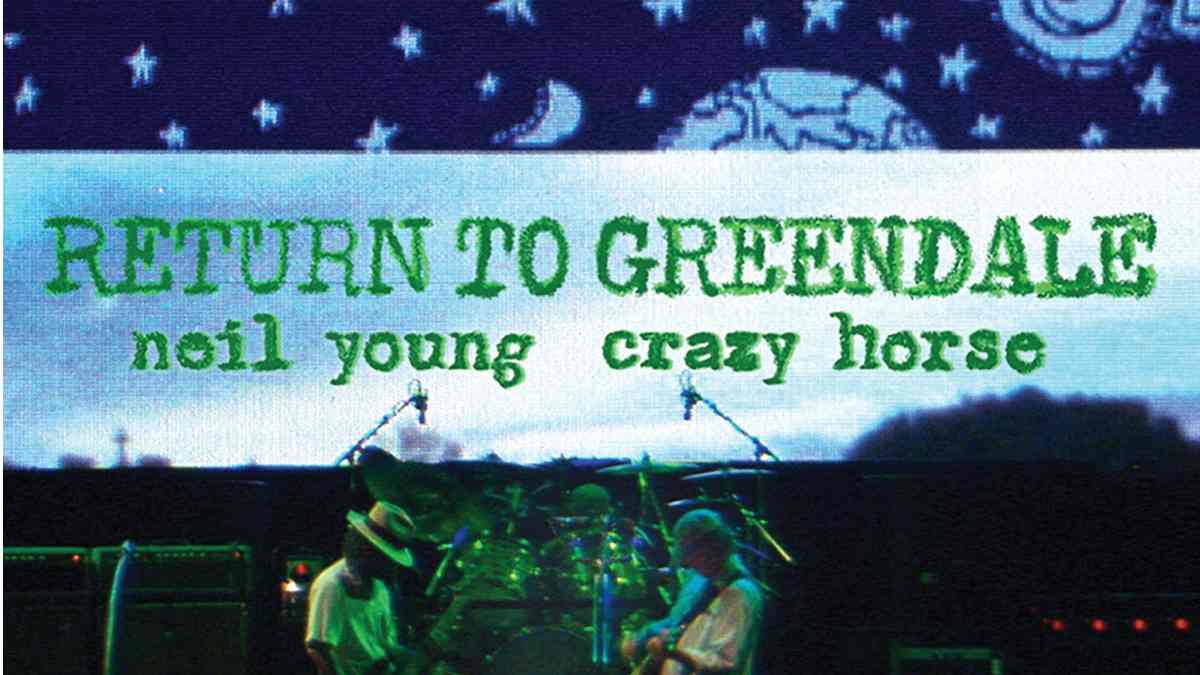 (hennemusic) Neil Young and Crazy Horse are streaming video of a performance of "Falling From Above", as a preview to the November 6 release of the live album and concert film, "Return To Greendale."

The opening track to the album "Greendale", and the upcoming live packages was recorded in Toronto as part of a 2003 tour in support of the rock opera about a fictional town where, according to a press release, "the songs and performance remain topical as ever, powered by themes of environmentalism, corruption, and the destructive effects of capitalism."

The trek saw the legendary band deliver the original album in its entirety while being joined onstage by actors to visually represent the story.

"Return To Greendale" will be available in multiple formats, including 2CD, 2LP, digital and a limited-edition deluxe box set that will include a Bly-ray of the full concert, 2LPs, 2CDs and a DVD of "Inside Greendale", a documentary about the making of the album. Watch the video here.