Foo Fighters Perform Acoustic Set For Save Our Stages Benefit 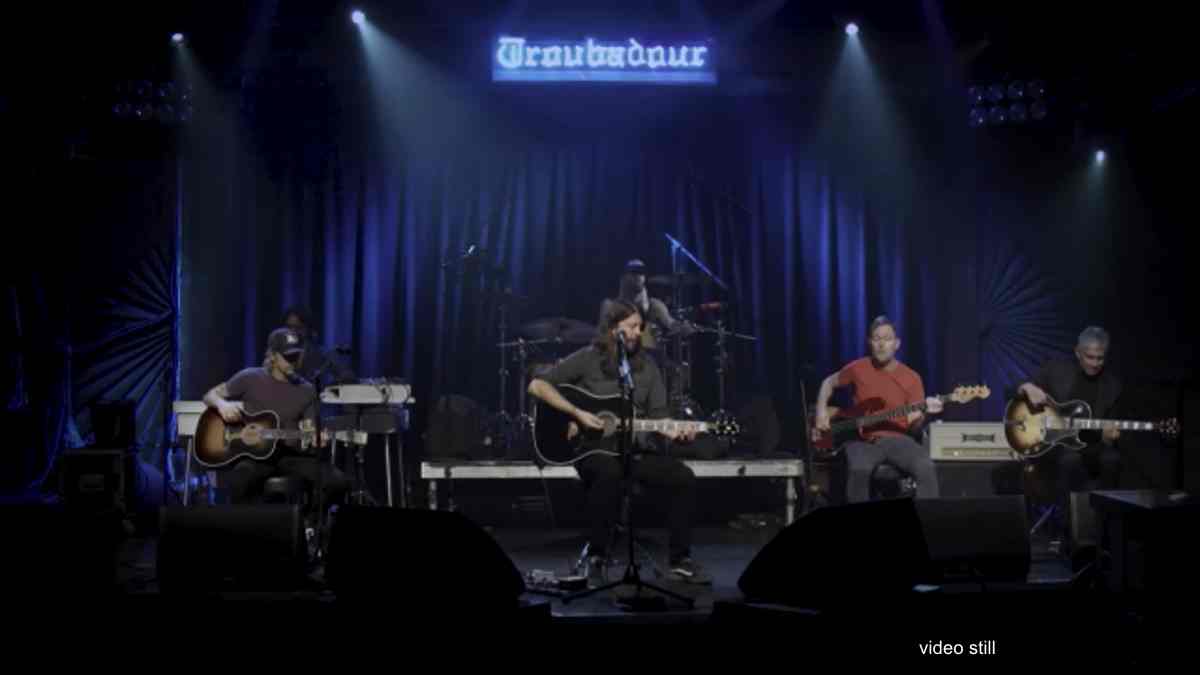 (hennemusic) The Foo Fighters performed an acoustic set at The Troubadour in Los Angeles on Saturday during their appearance on the Save Our Stages festival, a 3-day benefit event to assist independent live music venues across the US.

After previewing their appearance with footage of their 1999 classic, "Learn To Fly", on the October 15 episode of ABC-TV's Jimmy Kimmel Live, the band opened their half-hour set with the 2005 track, "Skin And Bones", before running through a series of singles that included 1997's "My Hero", 2011's "These Days" and 2002's "Times Like These", with Dave Grohl closing out the performance with a solo take on 1997's "Everlong."

Throughout the event, each of the Foos reminisced about their first visits to the famed Los Angeles venue and the importance of local music scenes."These memories and these experiences that we had here were life-changing and formative experiences that inspired us to play music," said Grohl. "I can only imagine there are millions and millions of other people just like us that have done the same and it's made their lives a better place. So it's crucial that we do everything we can to make sure these venues survive in order to be there to inspire the next generation of musicians to go on and do beautiful things with their lives."