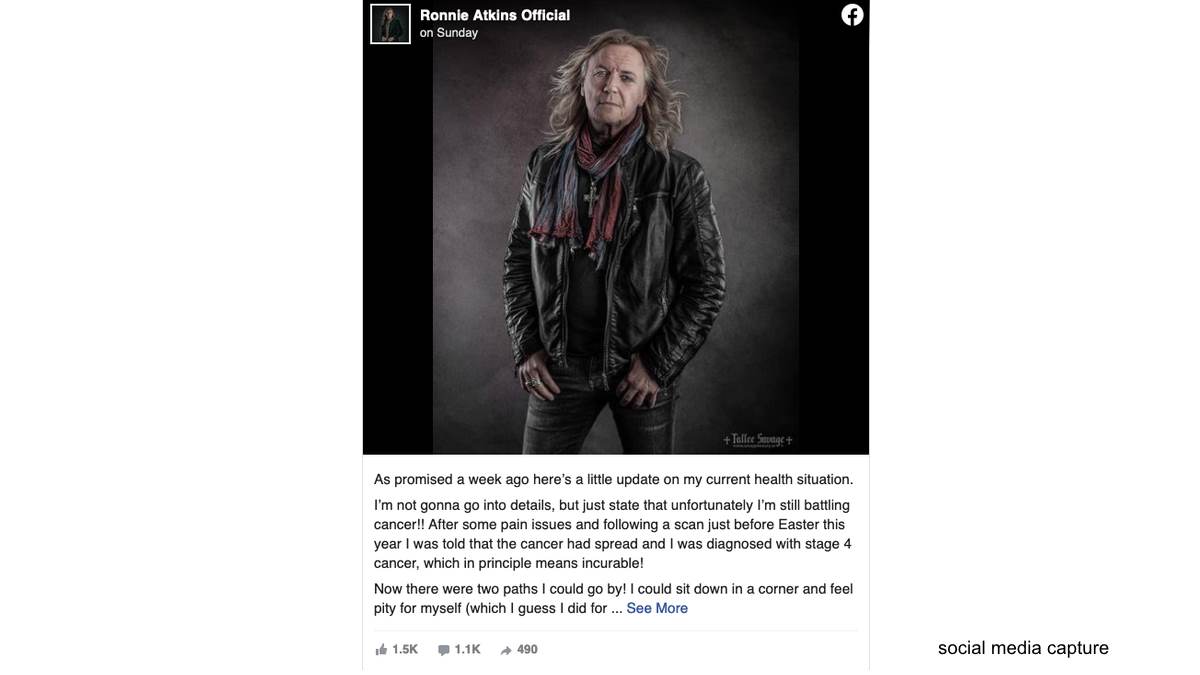 Pretty Maids frontman Ronnie Atkins has shared the sad news that his cancer battle is not over and he has now been diagnosed with stage four cancer.

Atkins had previously undergone treatment for lung cancer and was believed to be cancer free, but during a scan this past spring it was discovered that the cancer had in fact spread.

Ronnie had the following to say via social media, "As promised a little while ago here's an update on my health situation. I'm not gonna go into details, but just state that unfortunately I'm still battling cancer!

"After some pain issues and following a scan just before Easter this year I was told that the cancer had spread and I was diagnosed with stage 4 cancer, which in principle means incurable!

"Now there were two paths I could go by! I could sit down in a corner and feel pity for myself (which I guess I did for a while) or I could try to carry on living and do what I do best and I chose the latter.

"So with great back up from my family and true friends I decided to keep on writing and recording, plus the fact that I had a lot of ideas/songs that I wanted to get out of my system. So that's what I've been doing on/off for the last couple of months.

"That eventually means that some new music is coming from me in the immediate future, but more details on that later.

"All that said, I must state that I feel good these days and have for a while. I still get treatments, mainly immune therapy. I have some permanent pain issues and other sequelaes that I have to deal with! And mentally, I have my good days and my bad days, so be it!

"But I feel that I'm in good hands with the doctors and staff who's treating me, so everything considered I'm in good spirits!

"It is what it is and I can't change that whatsoever, so I simply aim to get the best out of life.

"Finally another huuuuge thank to all of you out there who have been rooting for me and cheering me up through this process ! Means a lot to me. Love, Ronnie"