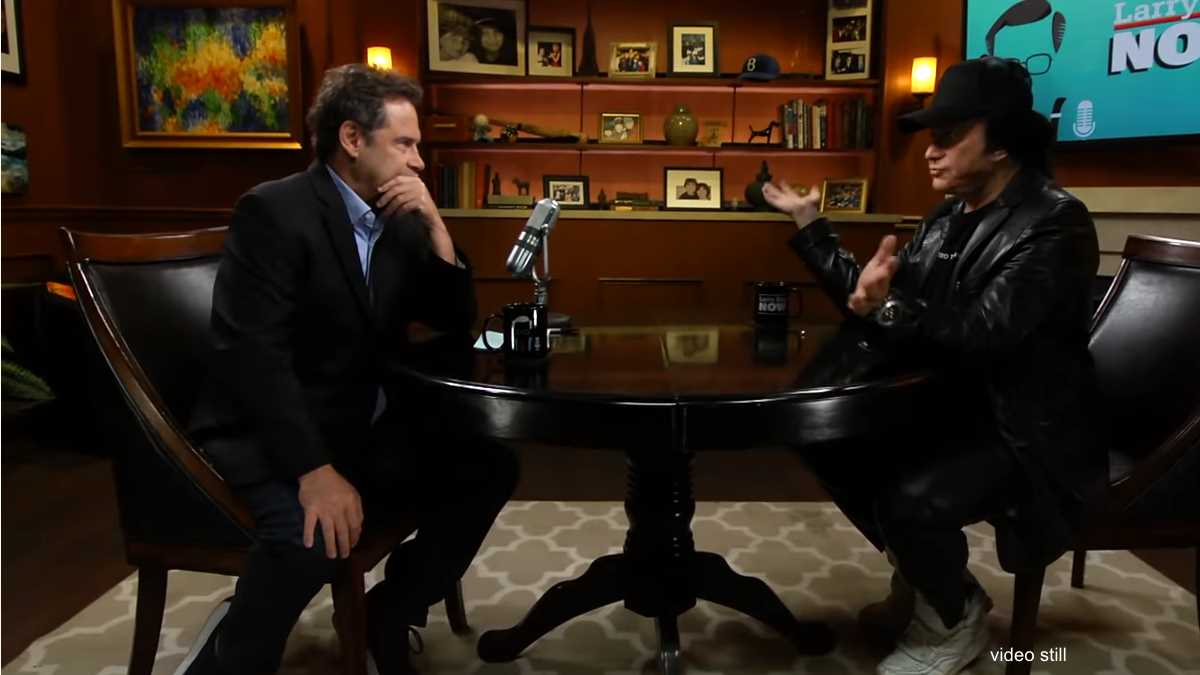 KISS cofounder Gene Simmons feels bad for new artists trying to break into music because he believes that "rock is dead" for them, and the current business models prevent artists from making a living.

Simmons has declared that rock is dead in the past and his latest comments came during an interview with Dennis Miller (who was guest hosting on Larry King Now).

Gene was asked his view on the state of rock at the moment and what impact streaming services have had on the music business. He replied, "I've said this 10 years ago, when streaming and downloading and all that stuff was for free. Radiohead, it bears noting, tried to do a brand new record and said to their fans, 'Pay whatever you will.'

"It's interesting to note it hasn't been done since, 'cause it doesn't work. If you leave the doors open in a supermarket and say, 'Pay whatever you want,' people will just go ahead and pay nothing. But it doesn't work, because people would rather get stuff for free.

"My heart goes out to new bands. There's so much good talent out there that will never get a chance. Right now in the zeitgeist, they think, 'Okay, music industry. I get on 'X Factor' or 'The Voice' and I sing, and then I have a career. They have no idea what it means. The other thing is that record companies simply cannot make money.

"My daughter, Sophie, is a huge Spotify writer, singer and all that. She's written for Rick Ross and Yellow Claw and all these kinds of [stars]. She's got tons of songs that have been downloaded millions and millions of times. You can download something 10 million times and make a few hundred bucks.

"The record industry is dead for new artists. Rock is dead. The last great rock band was the Foo Fighters, and that's 20 years ago. You can't name another rock band, because you can't make a living.

"When I first started in '73, there was still a record industry, and the record company, which we used to talk badly about, was the best friend you ever had. They gave you millions of dollars and tour support and all that, and they only took money back from the records you sold.

"So, you sold records, and then people showed up and got all that live money and the licensing and the merchandising.

"Until legislators become well educated and understand the nature of the business, they're unqualified to talk about copyrights or the record industry." Watch the full interview below: