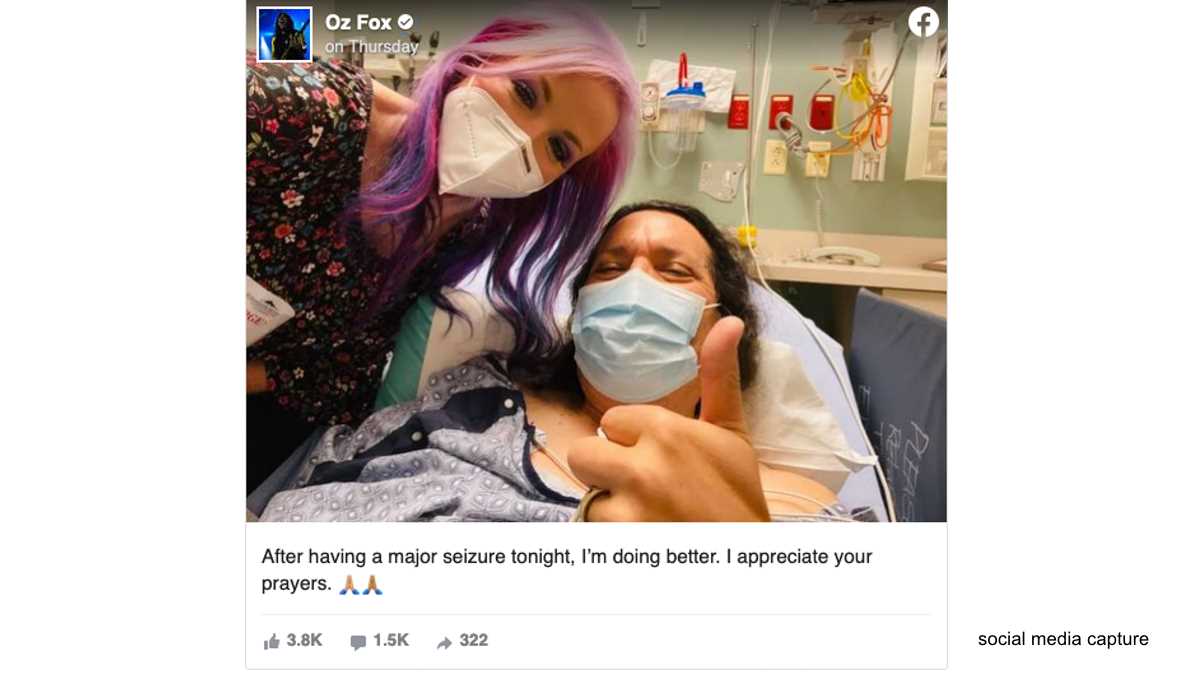 Stryper guitarist Oz Fox is recovering at home following being hospitalized after he suffered what he calls a "major seizure" this past Thursday night (October 22nd), according to a bandmate.

Oz thanked fans on Thursday for their support after his wife Annie Lobert broke the news that he suffered a seizure. Oz shared a photo of from his hospital bed giving fans a thumbs up sign and wrote, "After having a major seizure tonight, I'm doing better. I appreciate your prayers".

Stryper frontman Michael Sweet updated fans about Oz's condition on Saturday via Facebook. He wrote, "Hello everyone. I wanted to give all of you an update on Oz. Lisa and I spoke to Oz & Annie a few hours ago and he was just released from the hospital.

"He is back on seizure medication to help with the potential of any seizures moving forward. He's feeling much better now and is in really good spirits! He's back home resting at this time.

"They have meetings planned at UCLA to discuss the next step to deal with the tumors. We appreciate everyones thoughts and prayers as Oz continues to face this battle.

"We also ask that you all respect his (and Annie's) privacy. The best thing that we can all do is to continue to lift him up silently and fervently.

"We will keep you informed as best as we can, when we can.

"God bless you all and thank you"