Rush In The Studio For 'Power Windows' 35th Anniversary 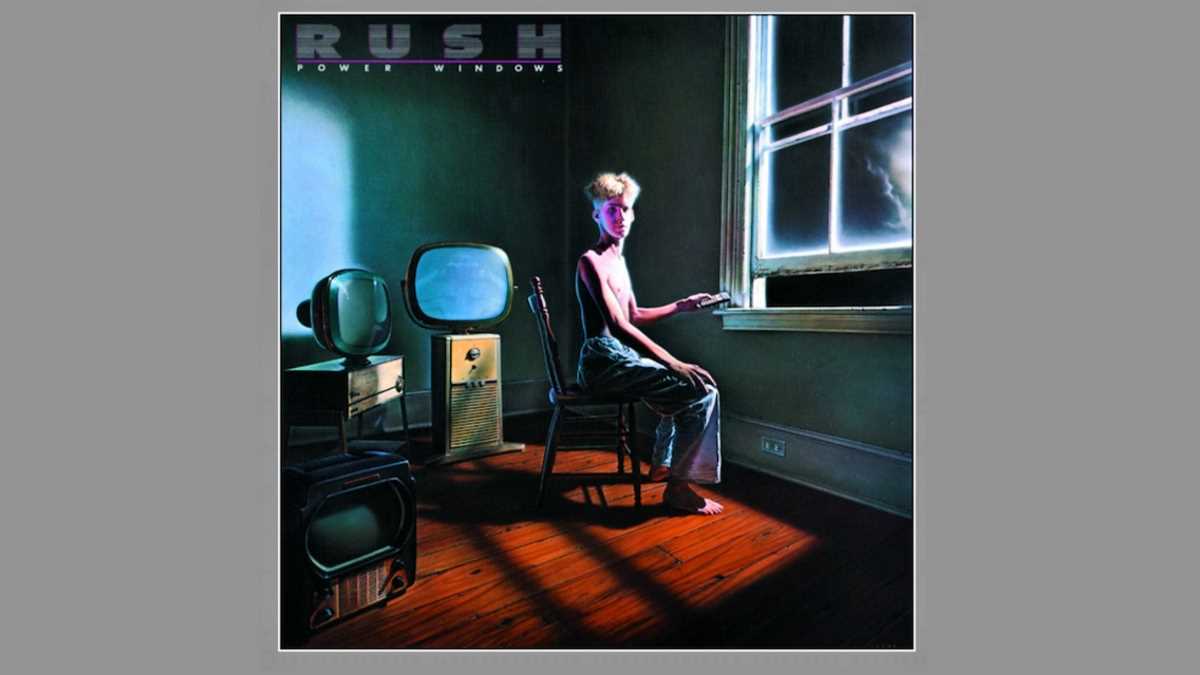 The 35th anniversary of the Rush's "Power Windows" album is being celebrated with an episode of the syndicated radio show In The Studio With Redbeard: The Stories Behind History's Greatest Rock Bands.

The show's Redbeard had this to say, "On the thirty-fifth anniversary of Power Windows , that mid-Eighties personal favorite containing smart rockers 'Big Money', 'The Manhattan Project', 'Marathon', and 'Mystic Rhythms', we share a lengthy in-depth classic rock interview which serves to reveal how deftly Toronto's Rock And Roll Hall Of Famers Rush managed to maintain non-controversial low profiles, both individually and collectively, for the entire length of a prodigious forty-five year career (which is no minor feat) while simultaneously selling more than an estimated forty-five million albums worldwide. Yet when observing potential song subjects for 1984's Grace Under Pressure and October 1985's Power Windows, late Rush lyricist/drummer Neil Peart saw an uncanny number of socio-political issues which had become front page headlines again, and remain thirty-five years later.

"For instance, 'The Big Money' from Power Windows sounds custom made for practically any Democratic election campaign theme song; 'Manhattan Project' is the world's only sentimental song about history's first Weapon of Mass Destruction; 'Marathon', inspired by lyricist the late Neil Peart's discovery of cycling and swimming in the early Eighties, makes today's fascination with extreme 'Iron Man' endurance sports into a metaphor for both self-determination and self-realization; and the standout 'Time, Stand Still' from 1987's Hold Your Fire by Rush was one of the first rock songs to recognize that the Baby Boomers were beginning to see much more of life in the rear view mirror than on the road ahead. And now with the passing of Rush drummer Neil Peart, it seems less a good song among many than a collective cosmic sigh.

"For this classic rock interview my guests guitarist/ composer Alex Lifeson and singer/ multi-instrumentalist Geddy Lee of Rush thoughtfully illuminate a lot of what made this intrepid rock trio unique, but the overheated rhetoric and politics of fear in today's North American media megaphone have become so pernicious that even the normally apolitical Lee declares,"I don't feel that because somebody's an actor that they have any more right to speak on a political subject than somebody else. They're an ACTOR, they're not a politician... I wouldn't feel comfortable about speaking publicly on anything that I wasn't an expert about. So I feel very reticent to jump on bandwagons to start using my popularity ( in entertainment) as a political device to speak about a subject." Stream the episode here.