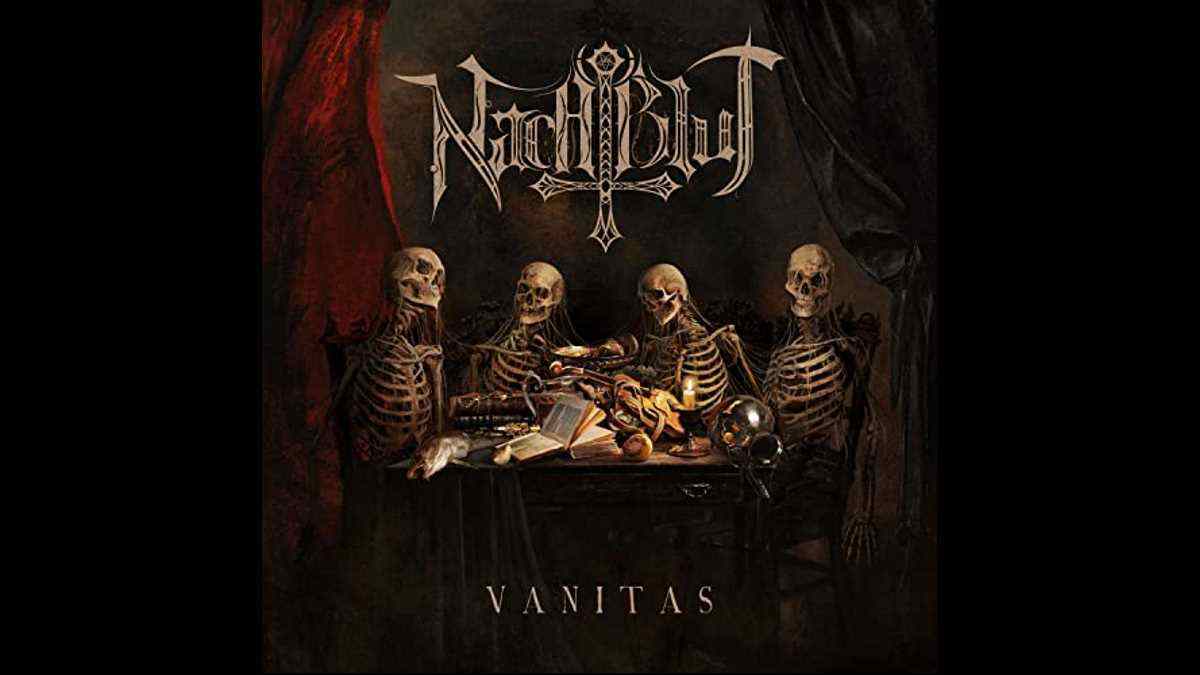 Nachtblut recently released their new album "Vanitas" and to celebrate we asked vocalist Askeroth to tell us about the song "Die Toten Vergessen Nicht", which means the dead don't forget. Here is the story:

The backstory of "Die Toten Vergessen Nicht" is based on a personal experience. On September 3rd 2018, a Monday, at around 7 a.m. I got a call, in which they told me my father died. At that time he was in Greece. It's tradition in Greece that funerals happen very short after someone died. So, I had to fly as fast as possible to Greece, because the funeral already took place on Wednesday.

And the funeral in our song, states exactly what I've seen and thought.
I entered the church and my father laid out, in a casket full of flowers.
Te funeral was held in the sense of my father: We formed a queue, close relatives first. I was shortly briefed before, what and how to do, due to the fact that the traditions and rites were unfamiliar to me.

I was supposed to stand next to the casket, doing a cross gesture, taking holy water, pour it over him, kiss him and a picture of Jesus, then sitting next to the coffin.

I didn't kiss him, especially didn't I kiss the Jesus picture. I put my hand on his forehead and I remember exactly how cold he was.

Of course, I knew that there would be no body-temperature, but to touch the dead body of your father and realizing the low temperature, is something different.

These are the key moments I describe and reflect in the song, but in a way, that not only I can identify with the situation, but so anyone can.
I'm not a fan of commercializing the personal experience, the death of a relative in the song itself.

I wanted to cherish the experience for myself and for the listener, an authentic song about to say farewell and what's better fitting than a funeral?

Musically the song is using pretty much orchestral instruments. In the beginning there is just an acoustic-guitar, which is part of almost every part of the song.

Choirs accompany the onrushing guitars and the following verses, flutes increase the atmosphere. The lyrics going hand in hand with the music, e.g. when the lyrics are about the bell ringer in the tower, you will hear chimes.
The chorus is filled with strings, the c-part prepares the listener for the epic outro. One minute long the outro with the bombastic orchestra is leading to the perfect farewell.

The album comes to an end, time to say goodbye, a sad piano is the last thing you will notice.