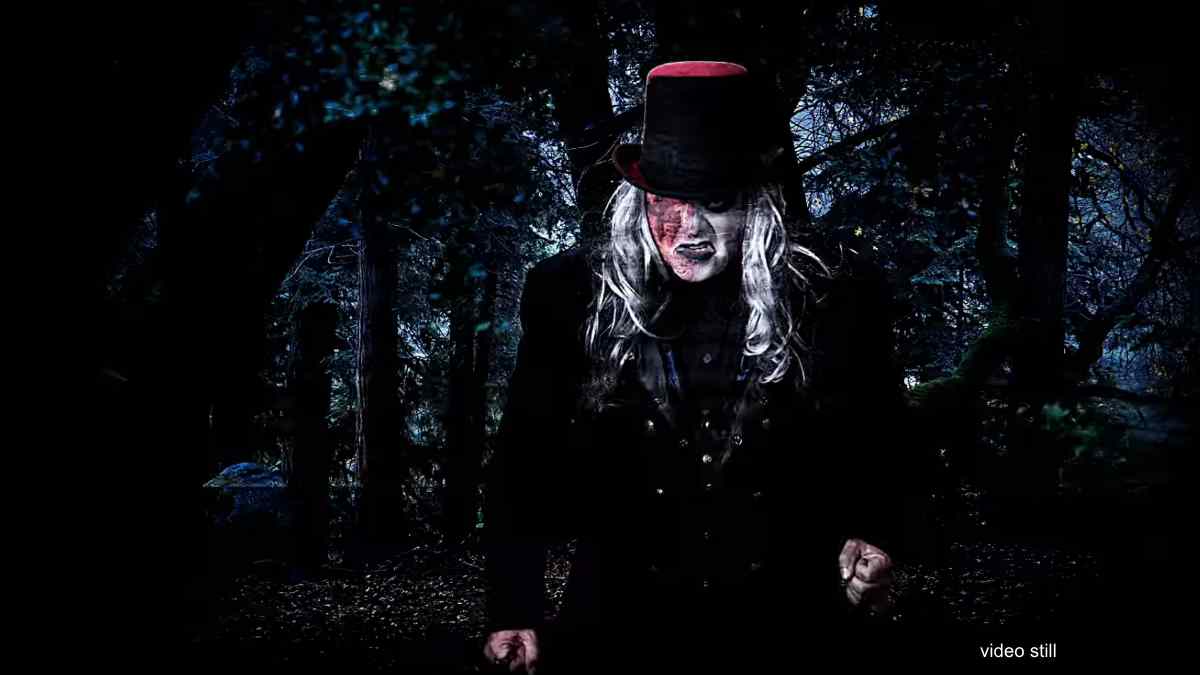 Them released their new album "Return To Hemmersmoor" today (Oct 30th) and to celebrate we asked vocalist Klaus Konig Fossor to tell us about the song "Battle Blood". Here is the story:

During the recording sessions of the drums for this song, our Producer Dave Otero (Flatline Audio, CO), started humming during the bridge. Being there myself and listening, this humming had evolved into the anthem like singing that is heard in the final cut. The song is one of the fastest THEM songs to date and was even more of a challenge recording the vocals.

By the time the vocals needed to be recorded for Battle Blood, the covid-19 pandemic swept the globe and all band members of THEM found ourselves not only in a lockdown but also in a difficult situation considering we still had a deadline to finish the album. I worked with Joe Cincotta (Suffocation/obiturary) on a way to continue with the recordings while being sanitary, social distancing and secretive since all businesses were not allowed to operate during this lockdown.

I would enter the studio from a rear entrance which led directly into the vocal booth/room. I communicated with Joe using a talkback microphone and we could see each other through the studio room's window. I spent most of my sessions recording in this fashion ending each session by sanitizing my work area using cavi wipes to disinfect!

Battle Blood was a little more challenging considering it was one of a few songs from the latest album "Return to Hemmersmoor" that contained gang vocals! How could we record gang vocals and still adhere to social distancing? Joe Cincotta devised a way and we nailed not only all the gangs on that song but in the several other songs that contained gangs as well!

Thematically Battle Blood is a point in the story where the protagonist, Peter Thompson (The last known witch hunter), finally corners the anti hero "KK Fossor" and is not hesitating with his plan to take down KK once and for all!

Little does Thompson know, KK had just resurrected the spirit of his deceased daughter "Miranda Konig" into the body of Mary Hawthorne (From the album Sweet Hollow) and before there is any time for anyone to react, Miranda thrusts her hand through the back of Peter Thompson ripping his beating heart out from his back! As Peter Thompson fades away into the afterlife, he gurgles to KK that he will still be out to get him! KK laughs and tell Thompson it was so nice to see him again as he watches him die.

Them Music and Merch