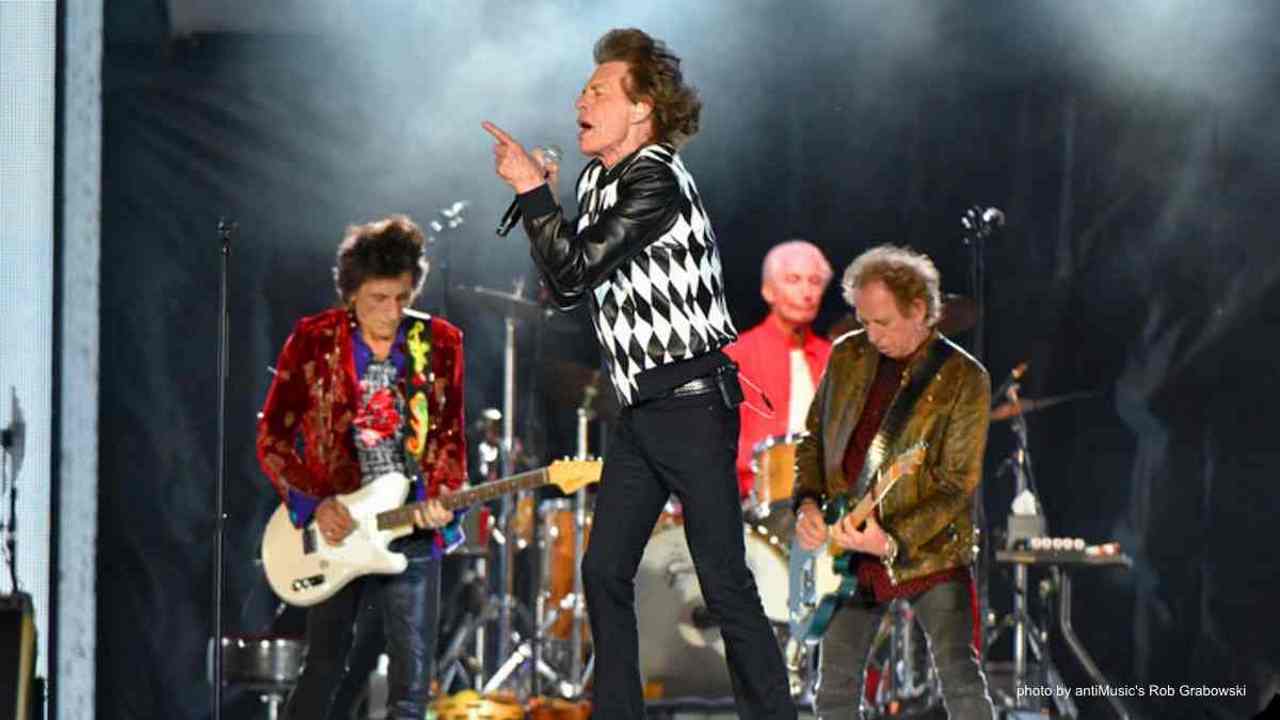 (hennemusic) The Rolling Stones are continuing to work on new music during the global health crisis. Following a spring postponement of a US tour, the band issued the single, "Living In A Ghost Town", which marked their first original release since 2012.

"We had it in the can," lead guitarist Keith Richards tells Rolling Stone. "I spoke to Mick around March. I said, 'Hey man, if there's a time to put this one out, it's now, you know.'"

Mick Jagger says that song "was part of a group of songs we'd recorded quite recently. It just seemed to fit the times. When I went back to my lyric book and looked at it, it was a song about being a ghost after a plague. Obviously I threw in a few more current lines, and then redid some of the vocals and I redid bits of my guitar and stuff. Now I'm singing on some of the other ones that we did from that time period, finishing those off, too."

The band is considering putting those songs out soon. "I think we have five, six, or seven tracks we've slowly been putting together," adds Richards. "Right now, seeing if this thing's going to go on, maybe we should think about putting them out in another way."

The Rolling Stones will release a series of expanded reissues of their 1973 album, "Goats Heads Soup", on September 4. here.