Myths Of KISS And More Set For New TV Series 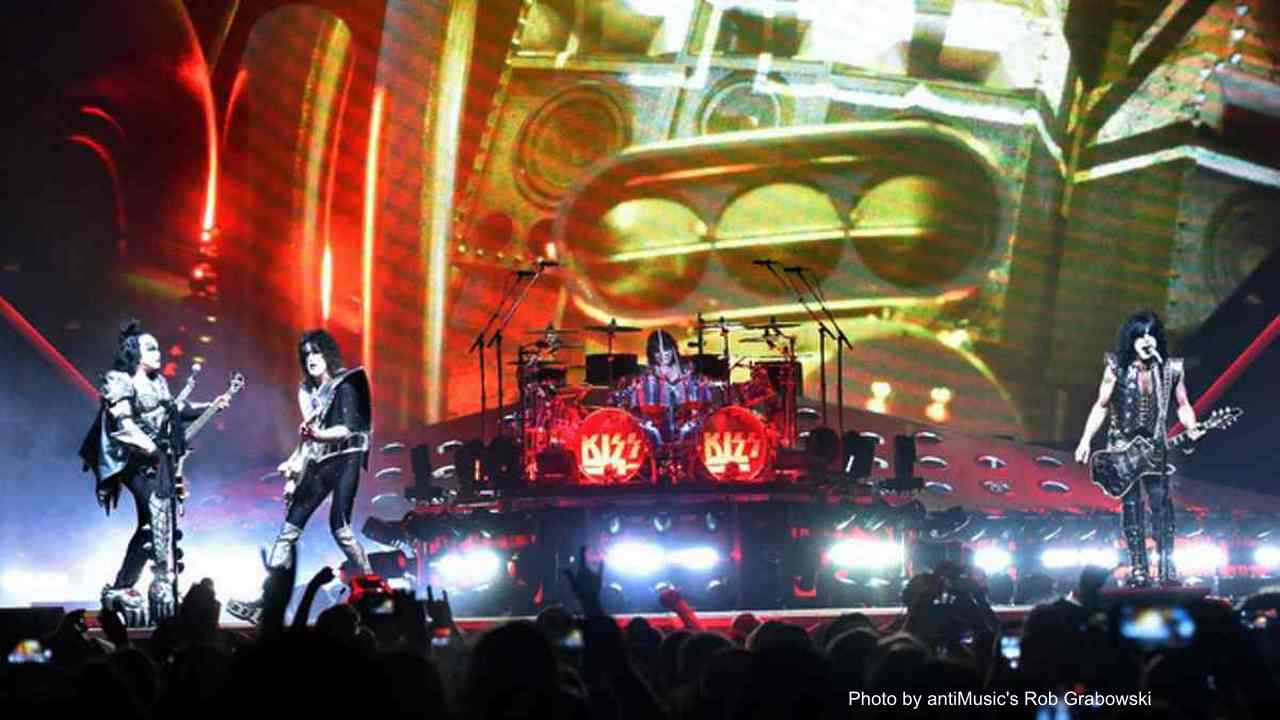 AXS TV continue their tradition of music programming with the announcement that they are developing a new documentary series entitled "Music's Greatest Mysteries."

The series will debut later this year and the first season will feature six episodes covering topic ranging from "The Conspiracies Of Backmasking", "The Myths Of KISS" and "The Sad Story Of 'Friends In Low Places'", to "Why Did Michael Jackson And Prince Feud?", "Was Elvis A Narc?" and "Is Avril Lavigne Really Dead?"

"As AXS TV continues to evolve and expand, we are committed to creating new and original reality and lifestyle music programming," said Sarah Weidman, head of original programming, development and multi-platform content for AXS TV. "'Music's Greatest Mysteries' gives viewers an in-depth look at the myths and legends that have rocked the industry.

"Featuring some of the biggest names in music, packed with expert commentary, and exploring compelling stories both known and unknown, 'Music's Greatest Mysteries' promises to reveal new tales to even the most seasoned music fans. I am excited to share this new series with our viewers when it debuts later this year."

"As a music fan, and someone who's been enamored with these legends for years, it's been a wild journey digging into all of these stories," said executive producer Chip Rives. "Even the most wild tales, when truly exposed, make you wonder. It's been so fun...and we can't wait to share our discoveries this fall."