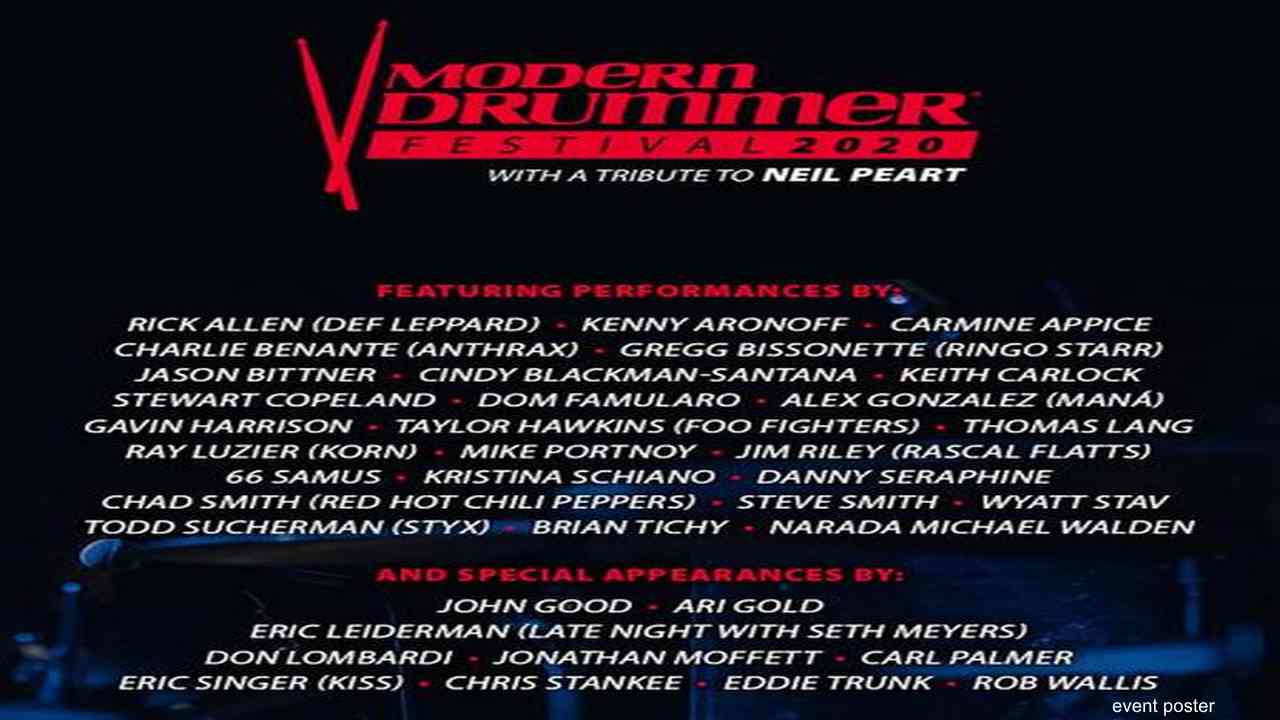 (hennemusic) An all-star tribute to late Rush legend Neil Peart will be takomg place this weekend as part of a livestream event during the Modern Drummer Festival.

LiveXLive will host a Modern Drummer Festival livestream on Saturday, September 12 starting at 8 PM EDT; tickets are $12.99 US with proceeds going to benefit brain tumor research at Cedar-Sinai Medical Center in memory of Peart, who died from brain cancer on January 7 at the age of 67.

"Modern Drummer turns 45 next year and through more than 40 of them, we formed a close and unique collaboration with the one and only, Neil Peart," says CEO and Publisher David Frangioni. "Neil even gave away his iconic candy apple red kit to a Modern Drummer reader in the 80's via mail-in letters chosen personally by Peart himself! It was without question that as Modern Drummer celebrates our twentieth festival, we are honoring Neil with a fitting tribute from some of his closest friends as well as world-class drummers that he inspired.

"The Modern Drummer Festival is a celebration of drums, drumming and drummers worldwide. This year will be the first year that everyone can attend as our capacity just went into the Hemispheres!" Read more here.