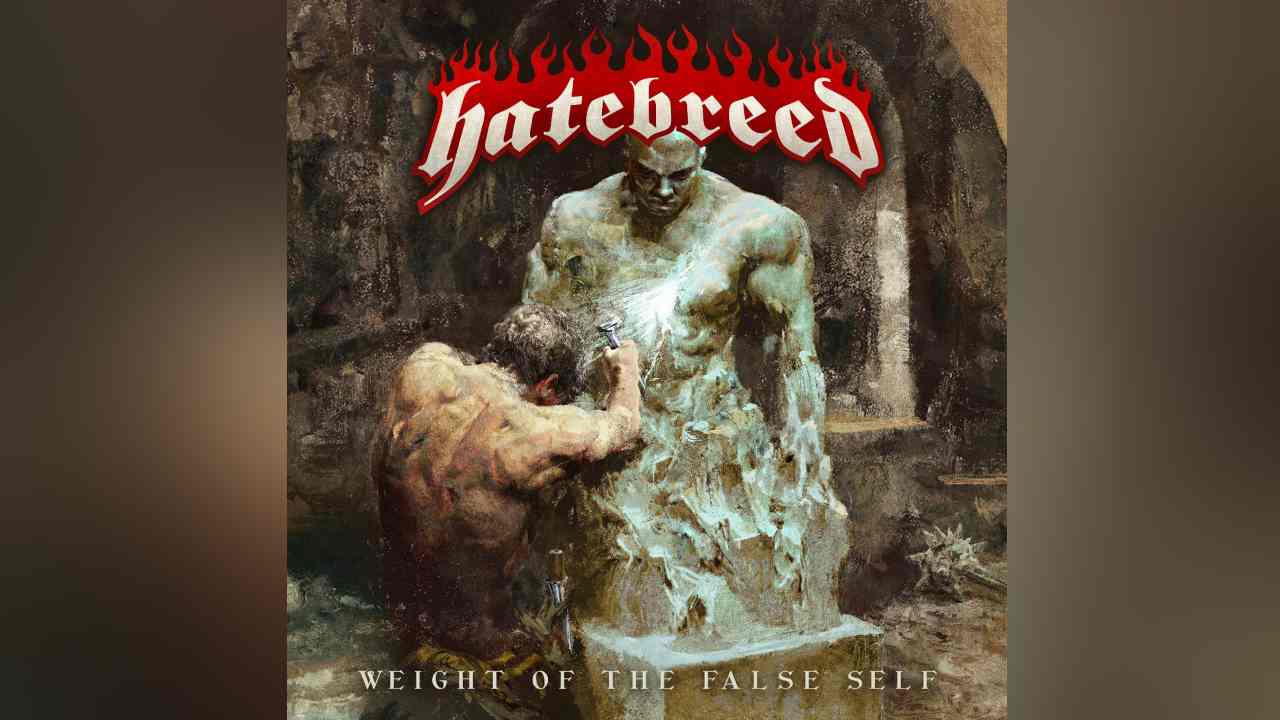 Hatebreed have announced that they will be releasing their new studio album, "Weight of The False Self," on November 27th and they have shared a lyric video for the title track to mark the announcement.

Frontman Jamey Jasta had this to say about the new record, "When writing lyrics and riffs, I try to be in the moment, getting a mental picture of my current reality in order to convey what I want to say.

"Sometimes, I think my reality consists of two irreducible elements, expressed by the age-old interior battle of the dualistic self. The angel on one shoulder stands firm, providing reason, wisdom, and compassion while the devil dances angrily on the other, ranting with passion, spite, and dark desire. I often wonder if a truly centered mind is attainable, an effortless and non-dualistic state of equilibrium.

"Until then, I'll just listen to both sides of my personality and hope I make the right choice. At the end of the day, the listener will choose to hear what they want, but when I am writing, I imagine the voice of the angel to be a lil' louder."

"Weight of The False Self," will feature 12 tracks and was produced by Zeuss. Drummer Matt Byrne said of the album, "There's no shortage of beefy riffs and adrenaline-fueled drums on this record. I'm proud to say that we will consistently provide a soundtrack to which you can mosh in your living room and destroy your apartment."

See the tracklisting and stream the title song below:
"Instinctive (Slaughterlust)"
"Let Them All Rot"
"Set It Right (Start With Yourself)"
"Weight of The False Self"
"Cling to Life"
"A Stroke of Red"
"Dig Your Way Out"
"This I Earned"
"Wings of The Vulture"
"The Herd Will Scatter"
"From Gold to Gray"
"Invoking Dominance"