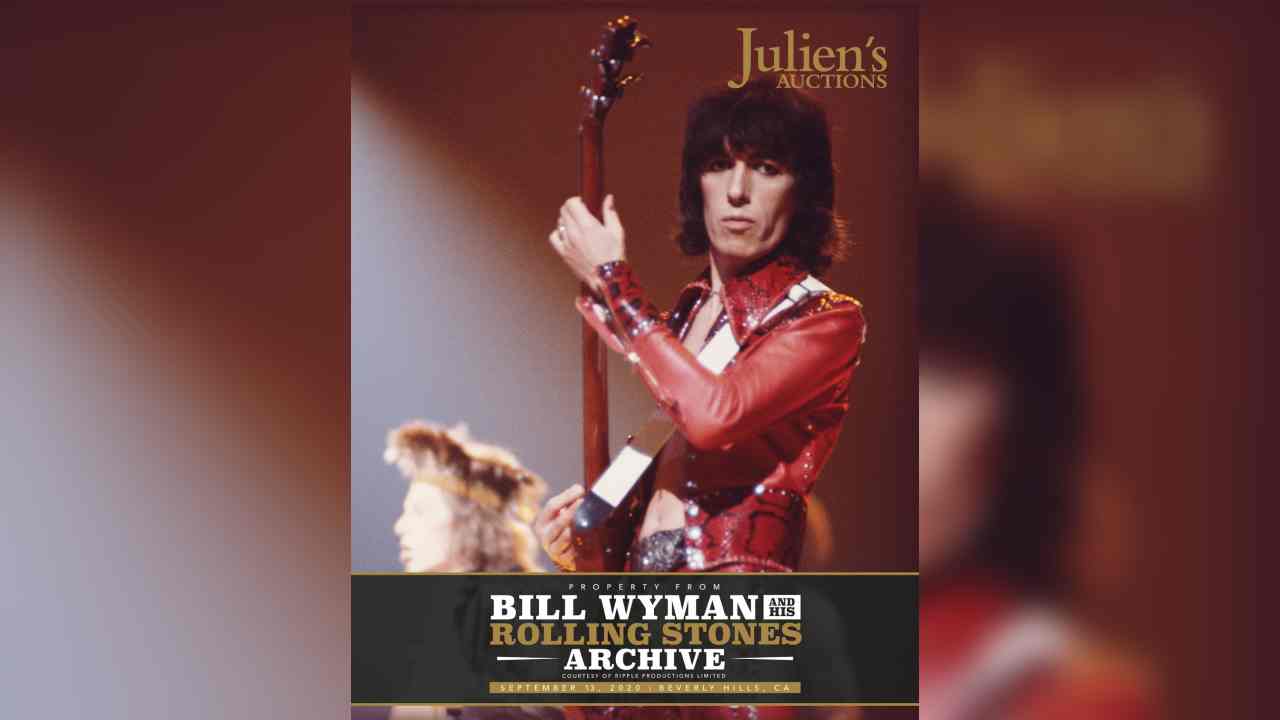 (hennemusic) Property from Bill Wyman and his Rolling Stones Archive set records at an auction in Beverly Hills, CA this past weekend. Hosted by Julien's Auctions, the three-day event saw the rocker offer up more than 1,000 lots for sale, including instruments, stage-worn ensembles, awards, personal items and artifacts collected during his three-decade career as a founding member and bassist of the iconic UK band.

A 1969 Fender Mustang Bass with a Competition Orange finish designed by Leo Fender that Wyman used on stage and in the studio in 1969 and 1970 set a new world record for the most expensive bass guitar sold at auction when it sold for $384,000, while the bassist's 1962 VOX AC30 Normal model amplifier set a new world record for most expensive amplifier at auction when it went for $106,250.

An unexpected world record may have also been set in the sale of an acrylic plush yellow toilet seat cover printed with the Rolling Stones' iconic tongue logo design, which sold for $1,152, making it the most expensive toilet seat cover ever sold at auction.

The event's top-selling item was a 1968 Gibson Les Paul Standard Model Gold Top guitar and case used by Brian Jones in The Rolling Stones Rock And Roll Circus concert show and film in December 1968 and on other recordings, which sold for $704,000, three and a half times its estimate of $200,000.

A portion of the proceeds of the auction will benefit The Prince's Trust, Macmillan Cancer Support and CCMI (Central Caribbean Marine Institute). Read more here.