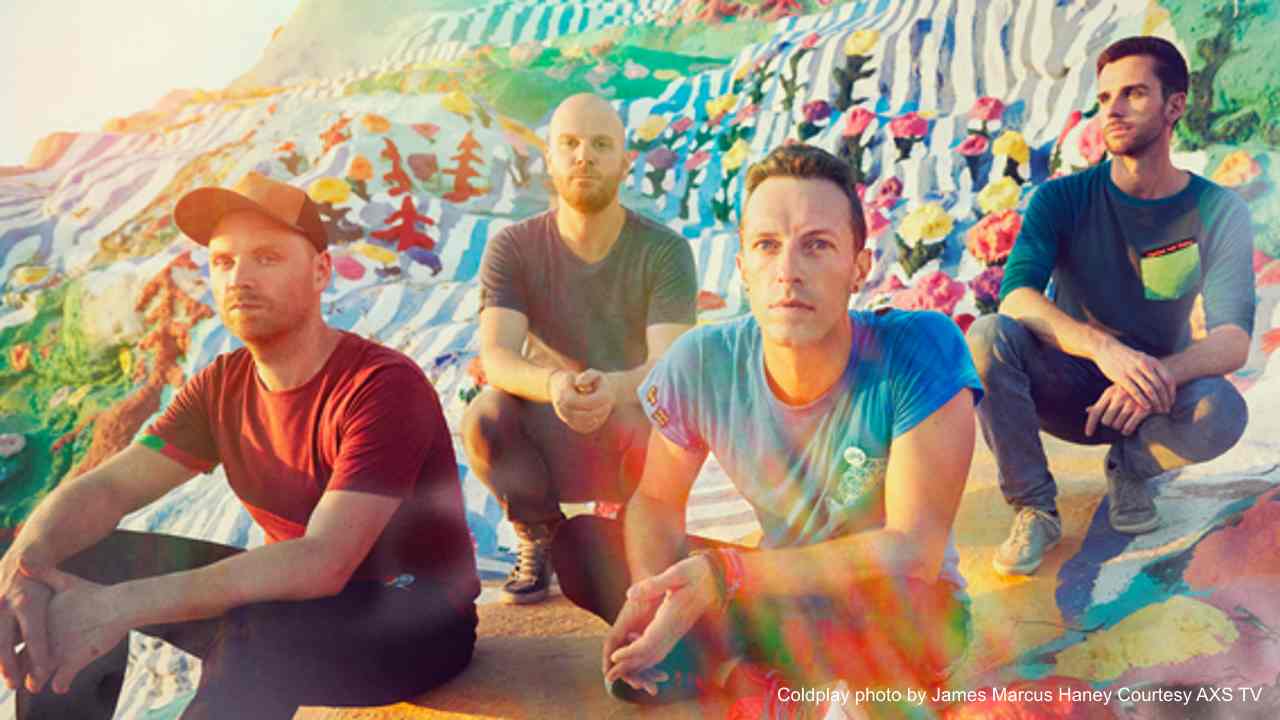 AXS TV has announced the return of the "Docs That Rock" series with three special episodes scheduled for next month that will profile Coldplay, the grunge music scene and late INXS frontman Michael Hutchence.

The network sent over the following details: The block kicks off three weeks of broadcast premieres on October 14 with the recent feature Coldplay: A Head Full Of Dreams. For the first time ever in their own words, the band tells the story of their journey from humble beginnings to rock superstardom, shining a light on their deep friendship and brotherhood in a stunning profile that blends unseen archival coverage with candid backstage moments and incredible live performances from their landmark A Head Full Of Dreams global tour.

From Coldplay: "A Head Full Of Dreams tells our story from high school to the present day. It's got everything you'd want in a rock 'n roll doc - embarrassing early footage, frontmen behaving like dicks and some pretty epic concert footage."

On October 21, "Docs That Rock" turns back the clock with a lively look at the legendary grunge scene that took music by storm in the film Hype! which was directed by GRAMMY-winning and EMMY nominated director/producer Doug Pray. Fueled by rare performances and revealing sit-downs with pioneering grunge bands such as Nirvana, Pearl Jam, The Melvins, Soundgarden, Mudhoney, and more, Hype! details how the fledgling sub-genre exploded from the bars and basements of Seattle into a pop culture phenomenon whose influence can still be felt today.

The premiere event concludes on October 28, with an intimate look at the life and legacy of one of rock's most beloved showmen in the documentary Mystify: Michael Hutchence. Helmed by Hutchence's friend, filmmaker Richard Lowenstein, Mystify gives viewers a unique glimpse into the man behind the Rockstar-exploring both the personal and professional aspects of the late INXS icon's life with previously unseen private footage, home videos, and insightful interviews. Highlights include conversations with Hutchence's bandmates Andrew Farriss, Tim Farriss, Garry Beers, and Jon Farriss; and friends and collaborators Bono and Kylie Minogue, among others.

Additional films and dates will be announced at a later time. "Docs That Rock" airs every Wednesday at 9 p.m. ET, only on AXS TV. Watch a preview of the Coldplay episode here.