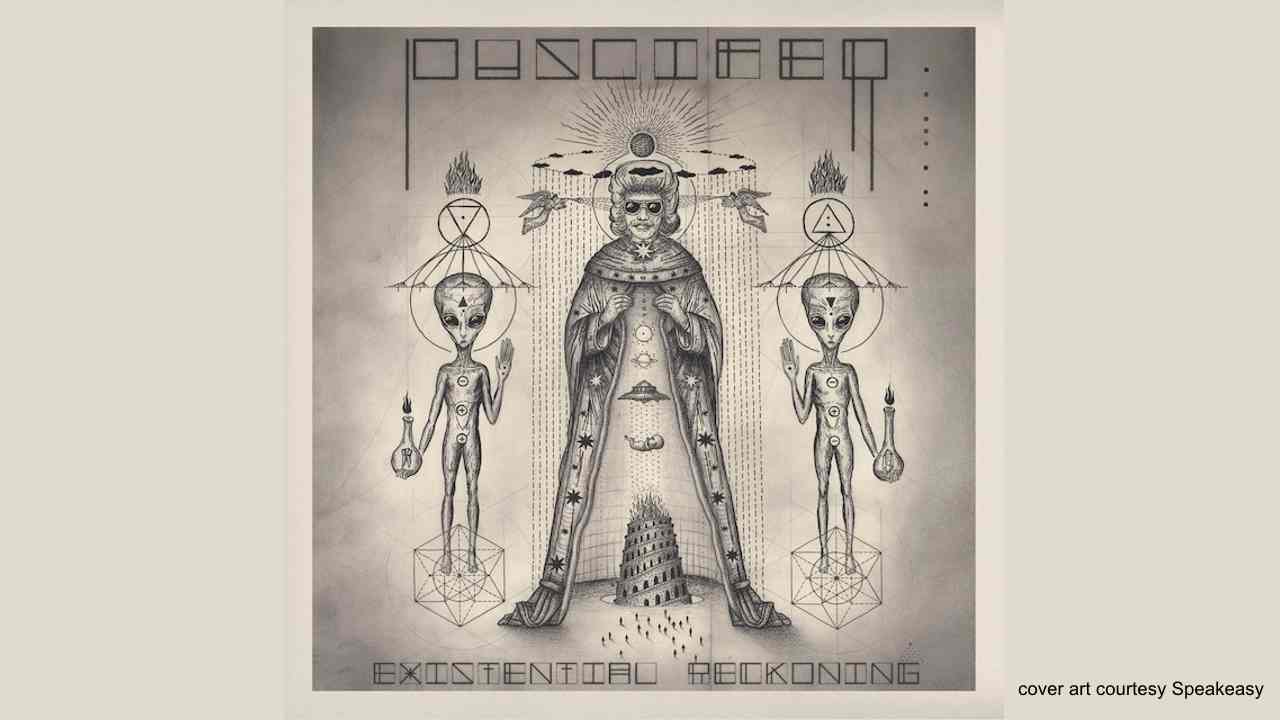 Puscifer are streaming a brand new track called "The Underwhelming". The song comes from their forthcoming album "Existential Reckoning," which is set to arrive on October 30th.

The band shared this creative announcement about the new record: Reports out of Jerome, Ariz. confirm the impending arrival of Existential Reckoning, a 12-song album from the special agents operating under code name Puscifer. The release is scheduled for an Oct. 30 arrival via Alchemy Recordings/Puscifer Entertainment/BMG.

In a report to commanding officers, the trio said: "In the Summer of 2016, we received a call from Hildy Berger, Billy D's loving wife. [REDACTED]. Billy D, rumored to have been carrying nothing but a bottle of wine and a mysterious briefcase, had disappeared without a trace somewhere in the high deserts of the Southwestern United States.

Rumors of alien abduction were at the forefront throughout the dark web chatter. Therefore traditional methods of tracking a lost and hopeless drunkard in a dirty leisure suit were not an option. [REDACTED]. We hypothesized the only way to locate the subject was to [REDACTED] construct traversable bridges between intuition and technology, requiring us to explore the metaphorical mycelium between Math and Passion, Art and Order, and Hope and Proof. Through these methods redacted we are able to pinpoint the exact location of both Billy D and the mysterious briefcase."

Album pre-orders (here) include a number of limited edition vinyl variants including pure clear (indie retail exclusive), high dispersion gold, a wine & vinyl bundle featuring "oakwood" and trans red with black swirl versions as well as a translucent tri-color clear blend (Revolver exclusive). Digital pre-orders include an instant download of both "Apocalyptical" and "The Underwhelming." Listen to the new song below: