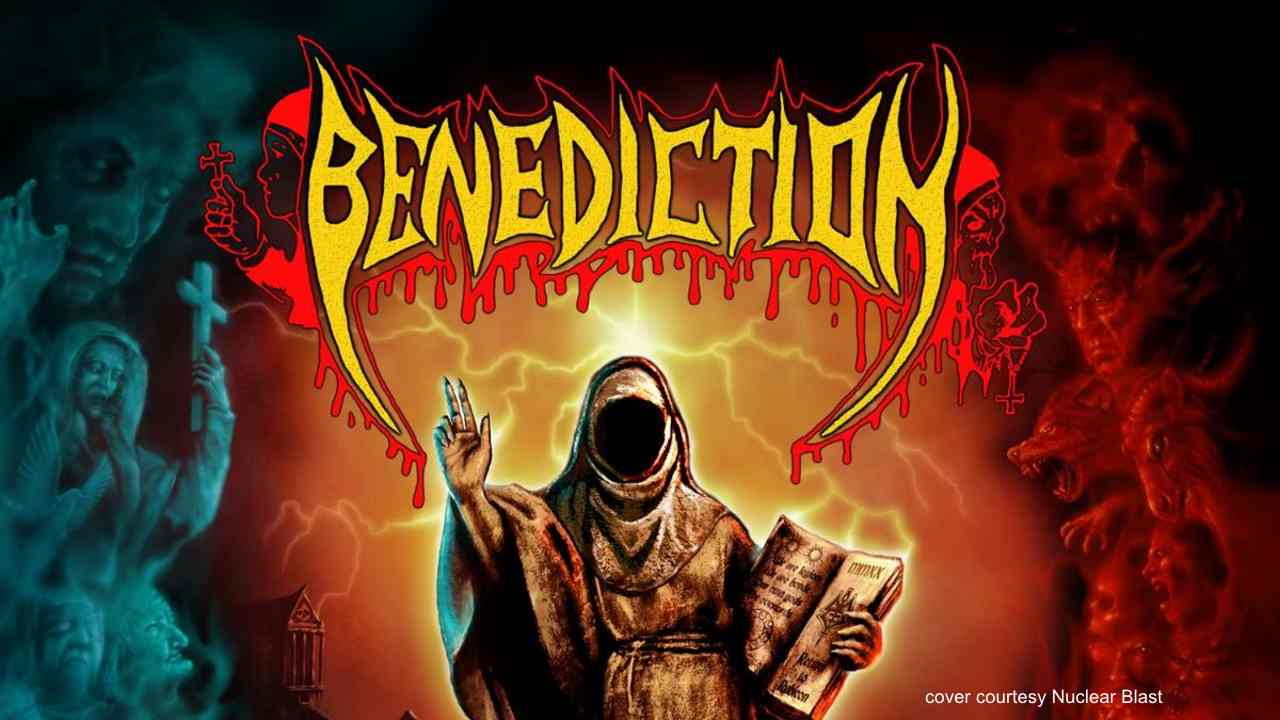 Benediction have released a video for their new single "Stormcrow". The song comes from their forthcoming effort, "Scriptures" their first new album since 2008.

The new album was produced by Scott Atkins at Grindstone Studio in England and will be released on October 16th , 2020. Dave Ingram says of the new track, "In many cultures the crow is seen as a harbinger of doom and a bad omen - this song deals with that."

Brookes said of the video, "Stormcrow was a particularly difficult but enjoyable video to shoot. As anyone who's done one will know, it's take after take after take, and as you can see it was a blisteringly hot day too.

"We did have passers by, joggers, dog walkers and they were stopping to check out what was going on and that's the closest we've managed to a live gig this year!" Watch the video below: