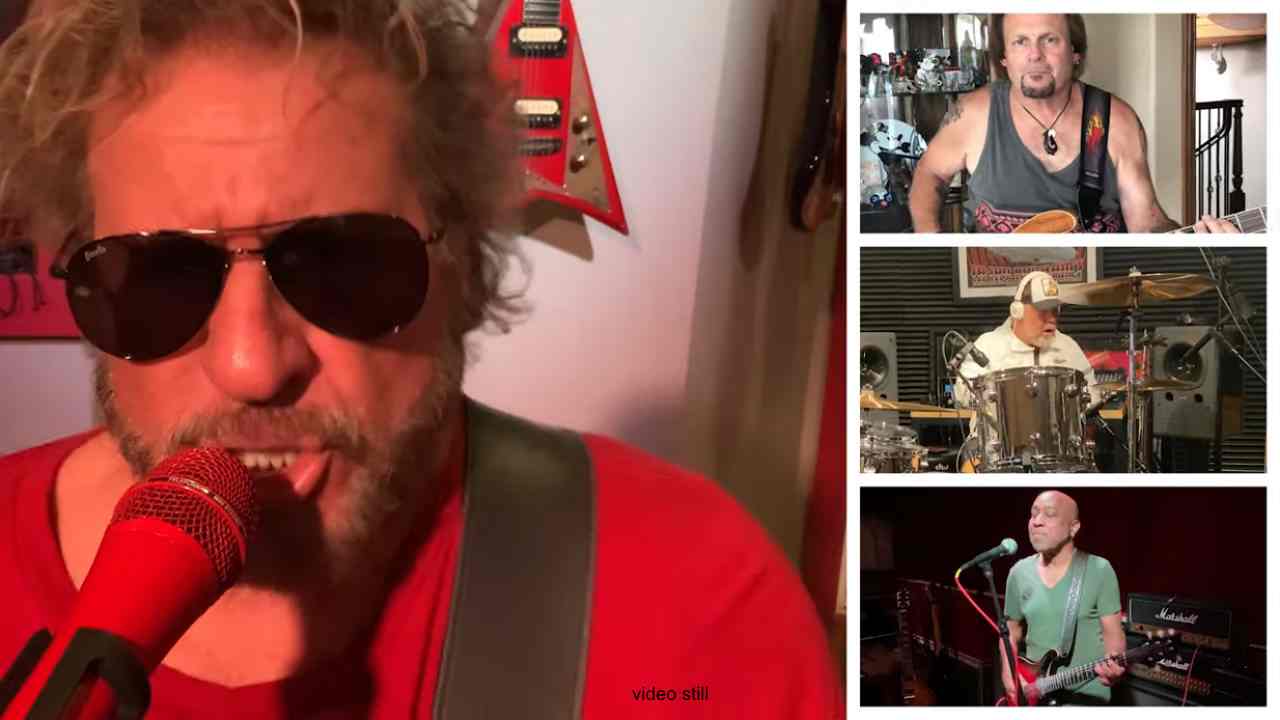 (hennemusic) Sammy Hagar And The Circle can be seen performing an abbreviated cover of his 1999 track, "Sympathy For The Human", in the latest installment of the band's Lockdown Sessions series.

The tune originally appeared on "Red Voodoo", an album the Red Rocker recorded with The Waboritas. "This song has always been one of my favorite's from the Wabo era," says Hagar. "Whenever we started a show with this song it always ended up being a great one. Sympathy for the Human - ain't it the truth."

Hagar is currently preparing for the October 4 return of his AXS TV series "Rock & Roll Road Trip." Production of the program, which originally aired six episodes in the spring, was shut down due to the pandemic, with the singer promising its return once it could safely resume filming interviews with artists again.