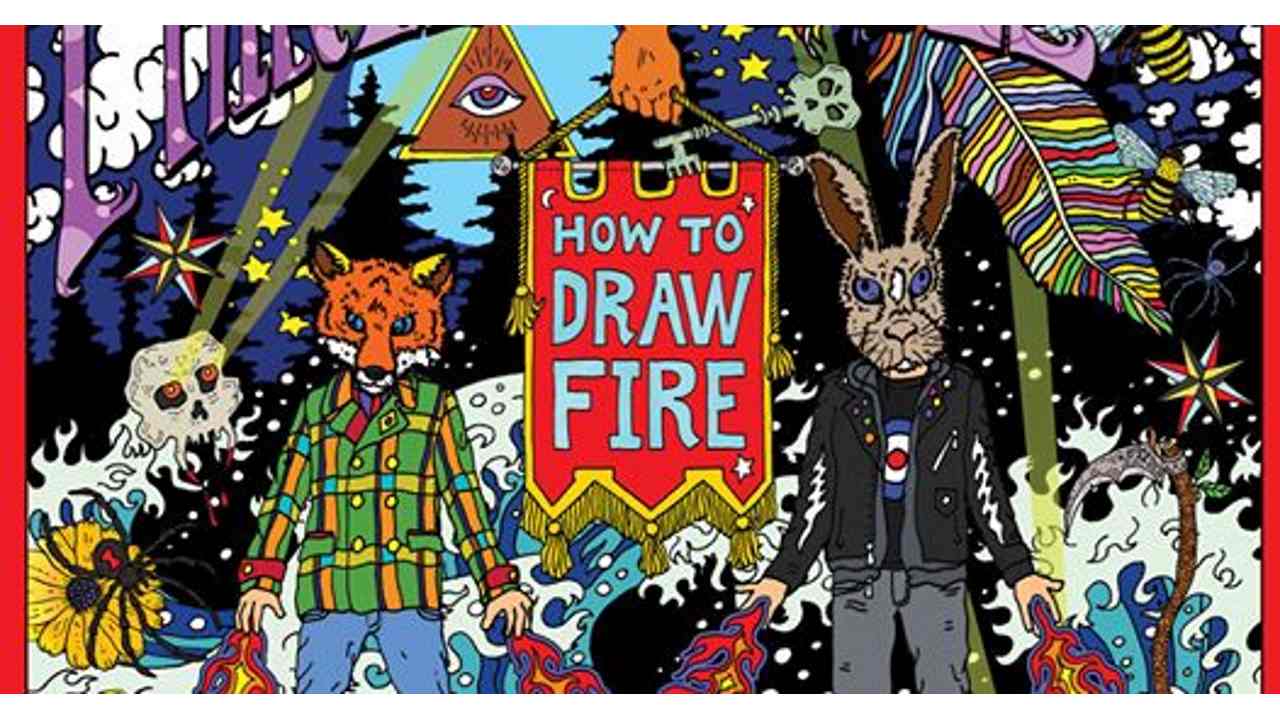 Painted Doll, featuring Chris Reifert (Autopsy, Death and Dave Hill (Valley Lodge, Witch Taint), just released their second album "How To Draw Fire" and to celebrate we asked them to tell us about the song "Blue Postcards". Here is the story:

Chris-"Blue Postcards" was one of the first songs I wrote when Dave and I decided to do Painted Doll. One of the bands we talked about being cool was The Urges from Ireland. I definitely had The Urges in mind while writing this one but didn't want to copy them or really anyone else.

For whatever reason, this song didn't end up on our first album so it hung back in the corner behind the punchbowl while the party happened around it, all the while plotting it's time to lash out. Eventually it jumped into the punchbowl which was spiked with lord knows what and allowed itself to marinate for a couple of years. Once that process was complete it found itself properly lubricated and ready to spread it's wings like a psychedelic phoenix or some sh*t.

It's a perfect fit for album #2, which is "How To Draw Fire" and we even hired a pack of coyotes to do session vocals. I hope we get to play shows again sooner than later so we can include it in our set. It would be nice to peel peoples skulls open, pour Blue Postcards inside and see what happens in a live setting. I'm pretty sure epiphanies would be attained or at least someone gets a wicked head rush.

Dave- I love "Blue Postcards" and as great as it turned out, I have no idea why it wasn't on the first album aside from the fact that we only practiced four times before we recorded it and probably just ran out of time. Then again, Chris was living somewhere else when we did the first album, so there weren't any coyotes ready to join in just yet. Sometimes in life, you just have to wait for the critters to get on board. Wildlife aside, I think "Blue Postcards" is a pretty quintessential Painted Doll song. It's got a soft touch but it's also kind of sinister, like dagger served up on a velvet pillow. Chris, if you're reading this, we need to get a fog machine for when we play this one live.