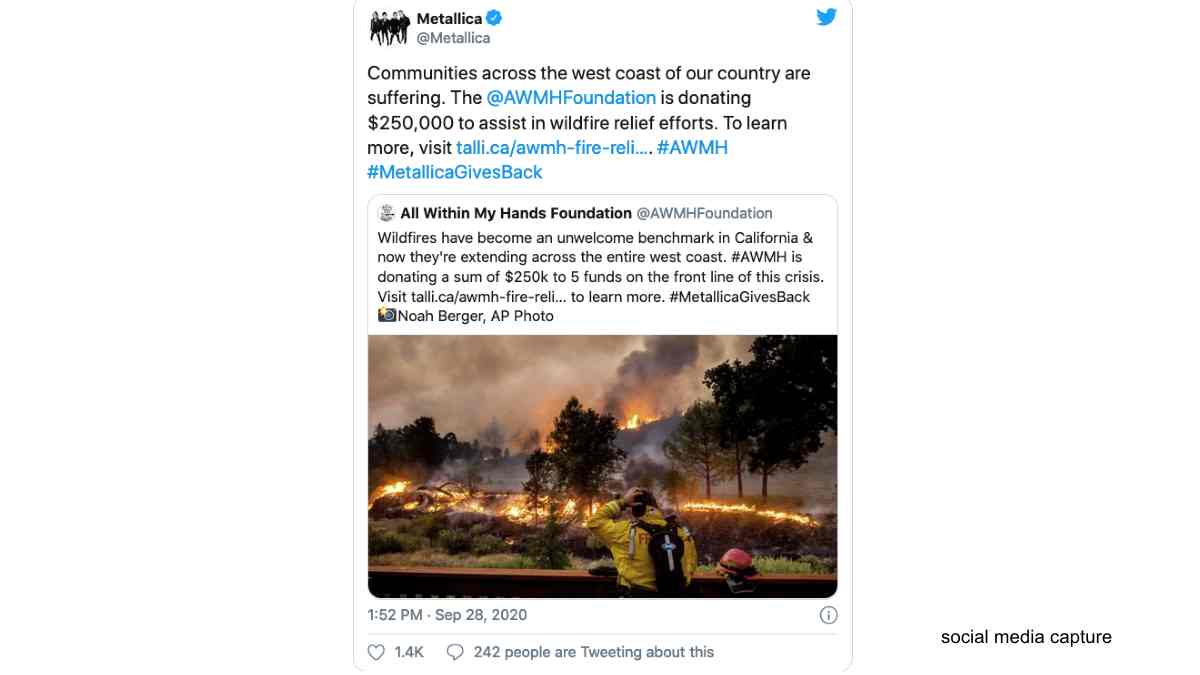 Metallica are continuing to give back. This time the band's charity has donated $250,000 towards wildfire relief efforts in their home state of California and other states on the west coast that have been hit hard by wildfires.

The group had this to say, "Wildfires have become a cruel and unwelcome annual benchmark in California, and this year we have seen them tragically extend across the entire west coast of our country.

"This is the fourth consecutive year, dating back to the formation of the Foundation, that All Within My Hands has activated to support fire relief: the critical local services component of our mission.

"This year, we will be donating a sum of $250,000 to five organizations on the front line of this environmental crisis that has made its way into the lives and homes of far too many.

"We would like to encourage you to join us in supporting those in need and our first responders in any way you can by donating money, non-perishable food, clothing and other supplies, or by giving your time volunteering or providing safe, temporary housing. Every little bit helps."